David Chalian, the former Yahoo! News Chief who was caught on tape saying the Romney family would be “happy to have a party when black people drown,” has been hired as CNN’s new political director.

On Friday, CNN announced that David Chalian would be named as their new political director. Chalian is most famous for making an obnoxious remark about Mitt and Ann Romney during the 2012 Republican National Convention.

We reported on Chalian in August of 2012, also courtesy of NewsBusters:

This is the prevailing attitude of your modern mainstream media. Presented without much commentary, as it pretty much speaks for itself.

In video broadcast Monday night by ABC and Yahoo over the Internet, Chalian can be heard claiming that GOP presidential candidate Mitt Romney and his wife Ann are unconcerned about the fate of residents of the New Orleans area who are currently being hit by Hurricane Isaac.

“They aren’t concerned at all,” Chalian can be heard on the live broadcast. “They are happy to have a party when black people drown.”

That line elicits laughter from several employees listening in on the joke.

My only regret was the prediction I made back then upon hearing of Chalian’s firing. I wrote, “I’m certain there’s an opening for him at MSNBC.”

Liberal media bias so is ingrained in America at this point, that anybody in the business fired for the most outlandish remark will eventually find a new or even improved position at another news outlet. In an ideal world, Chalian’s comment would make him unfit in the eyes of those networks to host an opinion show. Instead, he now works as a presumed unbiased ‘political director.’

Cross-posted at the Mental Recession. 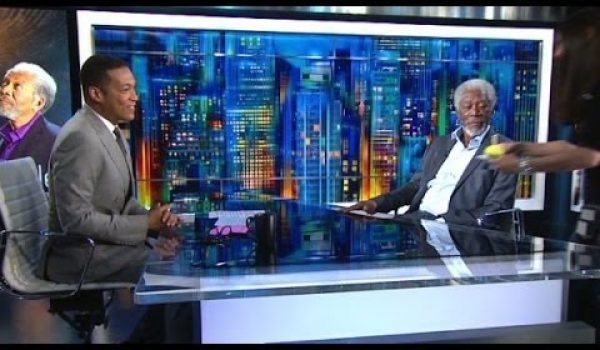