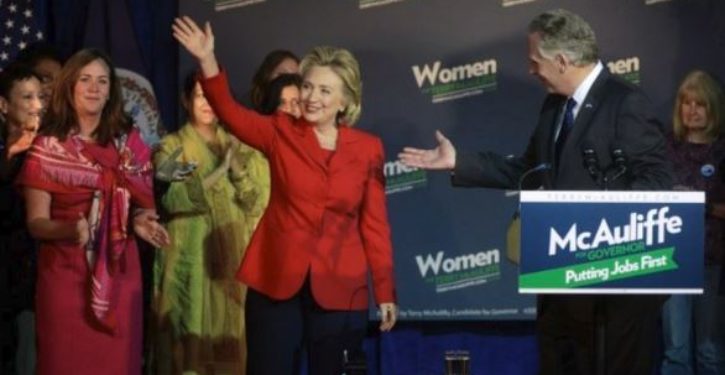 Earlier this week, a Monmouth University poll had Gillespie leading by one percentage point for the first time. Now a Quinnipiac poll finds that Northam leads Gillespie by 14%, while the respected Real Clear Politics poll average shows Northam up by 5.6%.

This marquee race has enticed the brightest supernova political star power from both parties. Former President George W. Bush and Vice President Mike Pence have stumped for Gillespie, while Hillary Clinton and former Vice President Joe Biden have rallied for Northam. On Thursday, former President Barack Obama makes his first post-White House campaign appearance at a rally for Northam in Richmond. Watch as political time stops and the heavens declare, “He is back.”

Meanwhile, from the perspective of Virginia voters, the race between these two lackluster but competent candidates is generating a “who cares” attitude. There is so little excitement that the Washington Post summed up the prevailing sentiment in its October 15 headline, “Hey, Virginia! You’ve got a governor to elect in three weeks!”

In national terms, however, the election will have ripple effects that stretch far beyond the 2018 midterms to the 2020 presidential election.

Of course, no matter who wins, the media will interpret the results as a referendum on President Trump’s job performance viewed through the prism of the 2018 midterm elections. But Trump-centered analysis will be wasted words given that we are political light years away from November 2018 when anything can and will happen.

Conversely, here is a real-time political phenomenon that will immediately unfold if Northam is elected the next governor of Virginia.

Northam’s victory would unleash the power and fury of Virginia’s incumbent Democratic Gov. Terry McAuliffe and propel him onto the national scene with the brute force of a circus cannon.

Here is a prediction: A nanosecond after Northam wins, watch as McAuliffe, never shy about self-promotion, positions himself as the election’s “real winner.” Look for positive buzz about how Northam won McAuliffe’s “second term” based on McAuliffe’s success as a “jobs” governor.

There is even some truth to that notion, considering McAuliffe’s 55% to 36% job approval/disapproval rating. But McAuliffe, in his inimitable way, will take Northam’s success and personally flaunt it to the max, wearing it like an expensive custom suit.

Most importantly, a Northam victory would embolden McAuliffe to start swinging his 2018 Trump club with both hands while focusing on his 2020 presidential run.

After McAuliffe leaves office in January, he will prove his well-earned reputation as a prodigious Democratic fundraiser, gathering IOUs from state and federal candidates around the nation.

Furthermore, watch as McAuliffe forges a deep path attempting to become the face of the Democratic Party — the official title he held as DNC chairman between 2001 and 2005. With the Democratic Party sorely lacking in national leadership, not only is McAuliffe the man to fill that leadership vacuum, but he will flatten the current (and weak) DNC Chairman Tom Perez with a steamroller.

Finally, a Northam victory would give McAuliffe the political “street cred” to attack Trump in the media with a ferocity we have not yet seen, and, as a multi-millionaire private citizen, McAuliffe has nothing to lose.

Alternatively, if Gillespie pulls out an underdog victory, McAuliffe’s national balloon goes bust. He will still be a 2018 fundraising presence but minus the bravado. McAuliffe’s 2020 dreams would be virtually dead. He will forever be known as a Clinton-crony, a wallet-shaker, and a governor who could not solidify his political legacy.

Worse for McAuliffe is that he will be unable to fully avenge the loss of long-time friend Hillary Clinton on the 2020 stage against Trump by running against Trump.

Therefore, McAuliffe knows he must pull out all the stops between now and Nov. 7. He has to ensure that Lt. Gov. Ralph Northam wins the governor’s mansion because McAuliffe’s presidential dreams depend on it.

All of the above should make the Virginia gubernatorial race less of a yawn for Virginia voters and bring more Republicans to the polls to defeat McAuliffe.

Cross posted at the Washington Examiner 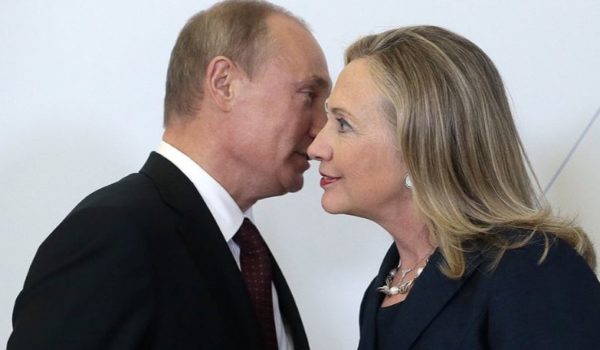 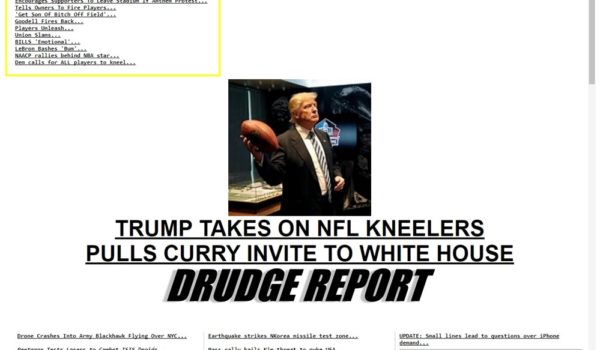