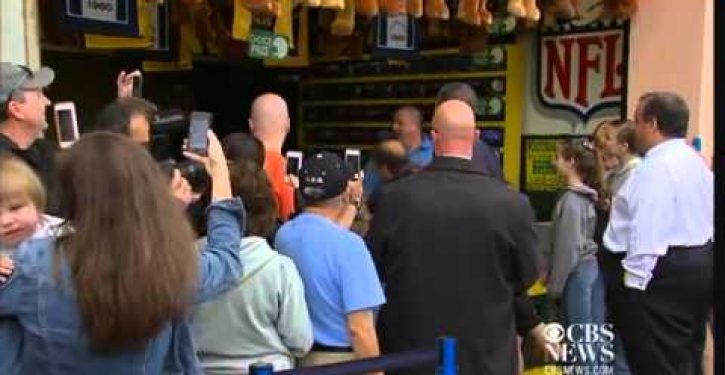 Barack Obama still doesn’t have a son. But if he did, there are now two things that we know about a putative Barack, Jr.: (1) He’d look like Trayvon Martin. (2) His father wouldn’t let him play pro football.

In a profile published by the New Yorker Sunday, Obama told David Remnick that in light of reports about former players experiencing early-onset dementia and other serious conditions related to concussions, he would not let his son play professional football.

Obama previously expressed similar sentiments in 2013 in an interview with the New Republic:

I’m a big football fan, but I have to tell you if I had a son, I’d have to think long and hard before I let him play football. And I think that those of us who love the sport are going to have to wrestle with the fact that it will probably change gradually to try to reduce some of the violence. In some cases, that may make it a little bit less exciting, but it will be a whole lot better for the players, and those of us who are fans maybe won’t have to examine our consciences quite as much.

It’s probably just as well that Barack, Jr., would have to find a less violent sport. The incidents of concussions in pro football have been on the rise, as the NFL notes on its own website. Furthermore, if Obama had a son good enough to make the pros, the sad reality would probably emerge that the would-be jock president can’t throw a football any better than he can a baseball:

As many as 89% of Obamacare exchanges enrollees were previously insured
Next Post
In landing on the Moon, China means business — literally