A county in Missouri passed a bill that authorizes the arrest of any federal agents who try to infringe upon the Second Amendment rights of its citizens. Newton County, with a population just shy of 60,000, passed the legislation in early February.

The text of the act – known as the Second Amendment Preservation Act – states that all federal laws or regulations “which infringe on the people’s right to keep and bear arms” will “be invalid in the county.”

Section 4 of the bill is particularly interesting, as it states:

Any and all federal agents trying to enforce the regulations listed in Section 1 shall be subject to arrest by the Newton County Missouri Sheriff’s Department;

(a) The Newton County Missouri Sheriff’s Department shall be given the full authority to make an arrest of any and all federal agents that violate state laws and enforce the regulations listed in Section (1).

Appropriately enough, Newton County is named after John Newton, a hero who fought in the Revolutionary War.

Lest we get too excited about a Missouri taking a stand for the Second Amendment, it’s important to note that there is a Supremacy Clause in the Constitution, which states that federal law is essentially the law of the land. “What this means,” according to Law Enforcement Today, “is that when a federal law is in contrast with a state or local law, the federal law must be recognized, respected, and enforced.”

The other aspect of that clause does state that “federal statutes and treaties are supreme only if they do not contravene the Constitution.” Should the current administration enforce laws or regulations contradictory to the Second Amendment, Newton County may have legal grounds to stand on.

"He's not afraid of standing up to the NRA, he's done it multiple times and won."@PressSec tells reporters that gun control is a personal priority for @JoeBiden. pic.twitter.com/voNwPwHhFy

Recently, Jen Psaki, White House press secretary for President Joe Biden, indicated he won’t rule out using executive orders to enact stringent gun control measures. “The president is somebody throughout his career who has advocated for smart gun safety measures,” Psaki told reporters. “He has not been afraid of standing up to the NRA.”

President Biden, three years after to the day after the Parkland shooting, calls on Congress to pass new gun control measures including universal background checks, a ban on assault weapons and high-capacity magazines and an end to immunity for gun makers in certain cases. pic.twitter.com/AlzEyrjoJj

Indiana House Votes to Eliminate License to Carry a Handgun

In other pro-Second Amendment news, the Indiana House voted this week to eliminate the license to carry a handgun in the state. The bill, according to Fox News, “allows for any person who is lawfully able to carry and possess a firearm to do so without a government-issued permit or license.”

“This bill is for the person who obeys our laws who right now has to jump over the hurdles to be the person that gets the permit,” says Rep. Ben Smaltz (R).

The Indiana bill will now head to the state Senate for a vote, where it has already received key endorsements.

“Advocates say law-abiding citizens should not have to pay for a right guaranteed to them by the Constitution,” the Indianapolis Star writes.

Recently, Texas Governor Greg Abbott has been fighting to prevent Democrats from treading on Texans’ gun rights, calling on his state to become a “sanctuary” for the Second Amendment.

It’s good to see some counties and states out there that still believe in and are willing to stand up for the Constitution and the Second Amendment. 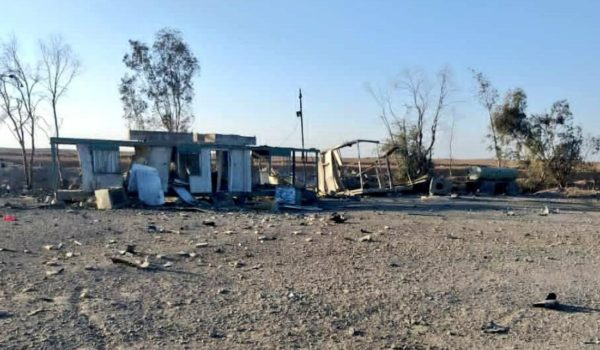 U.S. and Iran: The view from inside the OODA loop
Next Post
Democrats removed pro-life protections from massive COVID bill: GOP lawmakers