Republican lawmakers introduced an amendment Thursday that would apply the Hyde Amendment to the $1.9 trillion COVID relief bill.

The amendment to the American Rescue Plan Act of 2021 prohibits the gigantic relief bill from using any federal funds for abortions. The bill is more than twice as large as the stimulus plan produced during the Great Recession and almost half the cost of the United States’s annual federal budget, CNN reported.

“We are leading to fix this to reflect Congress’s long bipartisan history of supporting Hyde,” the lawmakers said. “President Joe Biden supported it for years as a Senator. Democrats also joined us in prohibiting taxpayer funded abortions in all the previous COVID-19 relief packages.”

March for Life President Jeanne Mancini told the DCNF in a Friday statement that “pro-abortion Democrats are using this bill to push through billions of dollars in subsidies for abortions, not only here in the U.S. but also abroad.”

“These pro-abortion politicians are attempting to use the budget reconciliation process to accomplish this because they would not otherwise have the votes needed to do away with popular pro-life riders that protect Americans from funding the life-ending procedure,” Mancini said.

“Not content with giving a special bailout for Washington lobbyists, Pelosi seems determined to rip up a bipartisan compromise on a vital small-business aid program in order to funnel billions to the abortion industry,” a senior administration official told the Daily Caller News Foundation in May.

The DCNF has previously investigated how Planned Parenthood received coronavirus funding after lawmakers alleged that the organization illegally received loans under the CARES Act.

“The bill gives the Small Business Administration broad discretion to exclude Planned Parenthood affiliates and other non-profits serving people with low incomes and deny them benefits under the new small business loan program,” the statement said.

Despite this statement, Planned Parenthood confirmed in May 2020 that “some independent Planned Parenthood 501(c)(3) organizations applied for and were awarded loans under the eligibility rules established by the CARES Act and the Small Business Administration (SBA), which they met.”

“These circumstances require a full investigation in order to determine whether there was wrongdoing, and we urge that any such misconduct be prosecuted to the fullest extent of the law,” the lawmakers said in a May 2020 letter.

Since May, SBA has declined multiple requests for comment from the DCNF. SBA repeatedly told the DCNF that it does not “comment on individual borrowers.”

In January, Republican lawmakers again called on SBA to investigate the PPP loans.

“Planned Parenthood affiliates are well aware that they are ineligible to receive PPP loans, on the basis of SBA’s letters and the frank admission of their political action committee,” senators wrote in the January letter to Carranza. “Their attempts to apply for PPP loans are naked attempts to defraud the United States government.”

Republican Sen. Tom Cotton of Arkansas and his fellow senators emphasized that Planned Parenthood employs approximately 16,000 people across the nation and “jealously exercises control over local affiliates, subjecting them to uniform bylaws, accreditation, frequent reviews, and mandates about what services they must provide to remain part of the Federation, such as onsite abortion.”

Since Planned Parenthood has too many employees to be eligible for Paycheck Protection Program loans, the organization’s local affiliates are also ineligible for the loans, the lawmakers wrote.

“Nonetheless, at least 37 Planned Parenthood affiliates illegally obtained more than $80 million in taxpayer funds during the initial rounds of PPP by self certifying their eligibility for the program,” the senators wrote in their letter. “In response, the SBA determined that these affiliates were ineligible to receive PPP loans and issued letters informing them of the consequences of false certifications of eligibility, including repayment of loans, loss of loan forgiveness, and other civil and criminal penalties.”

Mo. county authorizes arrest of federal agents who try to infringe 2A rights
Next Post
Ugly buildings are back: Biden nixes Trump order on architecture for federal buildings 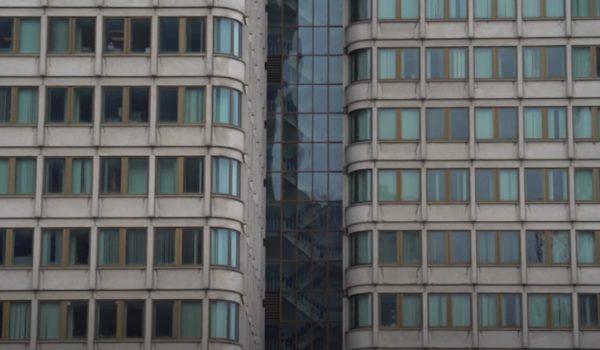