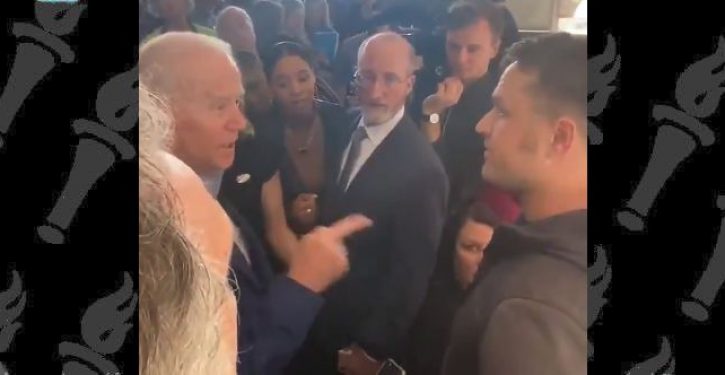 Although John Bolton — one of the Left’s most trustworthy sources —has thrown shade on The Atlantic story claiming the president called America’s war dead “losers,” Democrats persist in repeating the charges, hoping they will stick with voters. Even Joe Biden, who told reporters in Wilmington on Friday that his son was “an attorney general in the military” [sic] and served a tour in Iraq, took a shot at Trump, asserting his son was no “sucker” — one of the other labels Trump is accused of having pinned on the country’s war dead. (The son Biden was defending, n.b., was his older son Beau. He would be hard-pressed to defend his living son, Hunter, whose picture appears next to the entry for loser in most dictionaries.)

But Biden has his own skeletons when it comes to respect for the military. In the video that follows, Biden is approached by an Air Force veteran, who calls him out for voting for the Iraq War as a senator. “We are wondering,” the veteran asks, “why we should vote for someone who voted for … and enabled a war that killed thousands of our brothers and sisters?. … Their blood is on your hands. … My friends are dead because of your policies!”

Wow, an Air Force vet calls Biden out for voting for the Iraq War

"We are wondering why we should vote for someone who voted for a war & enabled a war that killed thousands of our brothers & sisters?…Their blood is on your hands…My friends are dead because of your policies!" pic.twitter.com/3S3E1PrVuu

What?! First off, Biden is lying. Unlike the veteran’s friends, who died in combat, Beau Biden’s death had nothing to do with the Iraq War. He returned alive and well from Iraq in 2009. Six years later he died from cancer. Second, if it were true that Biden’s son had been a war casualty, that would merely confirm the veteran’s charge that the would-be commander in chief has blood on his hands from having authorized a failed war. 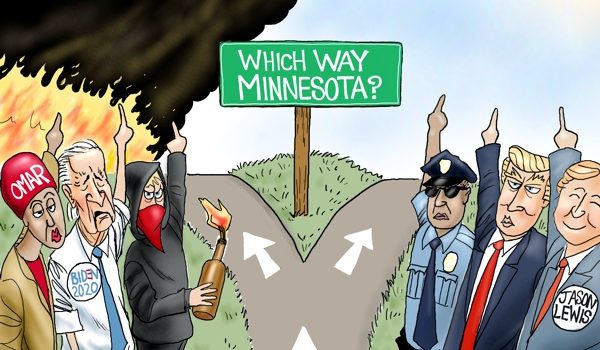 Cartoon of the Day: When you come to a fork in the road…
Next Post
Pope’s new encyclical to praise jihad terror supporter as example of ‘peace’ and ‘fraternity’