Warning: Some of what you are about to read may be graphic and offensive.

Planned Parenthood’s corruption of our children has taken a turn for the worse since the group scrapped its highly controversial website Teenwire.com. PP is now promoting sexually explicit mobile apps for teens instead.

Teenwire.com was described as “an award-winning sexual health Web site for teens.”

How can a teenager who is still immature and discovering who he is make an “informed and responsible choice concerning sex?” This is a time in a teen’s life when he is going through puberty — a time when the brain and body are undergoing major changes.

What most teens need is sound advice from a trusted adult. But that’s not what they’ll get from Planned Parenthood.

One of the apps that has replaced the now-defunct Teenwire tells teens that “having sex feels good.”

Planned Parenthood’s Info for Teens: Once a week, we’ll be featuring a free app that can help you learn all about sex, relationships, birth control and more. Want a sneak peek? Take a look at all of them here.

The app is said to “feature quizzes and games” with seductive topics like “What’s Your Love Personality?” Caffeinated Thoughts’s Bowen decided to take the quiz and find out just what it was about. She reports, “The Love Personality quiz offers a series of questions where readers answer, ‘Agree’ or ‘Disagree.’ It also asks for your age, race, sex, and location.”

Bowen says the first question is “When I like someone I’m more likely to tell him directly then have a friend do it.” This is when Planned Parenthood seeks to throw any suspecting parent off his trail, because the organization is aware that some parents will be monitoring what their teens are reading.

Bowen says if the child agrees with the answer, the app will tell them:

Being curious is natural.  But there are risks involved (like pregnancy and STDs) and you can satisfy your curiosity by exploring your body on your own.

Listen closely to this because this is exactly what Planned Parenthood means by the statement of satisfying your curiosity. This is what they believe:

Bowen says the next statement on the app is “Having sex would feel good.” If a child agrees, then the app responds:

Having sex feels good – but only in the right situation and when you’re older. In fact, most teens who’ve had sex wish they had waited longer. If you have sexual feelings, you can explore your own body. If you wait to have sex until you’re older, you don’t have to deal with the risk of pregnancy and STDs now. Sex is a pleasure that can wait.

If any parent read that, they would probably think Planned Parenthood is being responsible — that they’re encouraging teens to wait to have sex, right? Think again. Remember what we said earlier about the teen’s brain. If you tell an immature, undeveloped teen “you have to wait until you’re older to have sex,” what do you think will happen?

Teens don’t always listen to their parents, so are they really going to listen to something on a mobile app? Probably not. The teen already believes they are old enough and therefore are most likely not going to wait. If you tell a child something feels good don’t you believe they are going to rush out and try it out? Of course they probably are, but common sense is lacking in the brains of Planned Parenthood.

Bowen says planting the idea of “sex feels good” into the teen’s brain and then telling them to wait is what Planned Parenthood wants. They know the teen is not going to listen to reason because often times they are rebellious and won’t listen.

Bowen says, “All of Planned Parenthood’s explicit information is designed to lure children to have sex” because that’s what feeds their abortion business and we know that murdering children is a multi-billion dollar industry for Planned Parenthood.

Joseph L. Parker has written for Conservative Firing Line, the magazine Grace and Mercy, and has published over 550 articles for the Examiner. 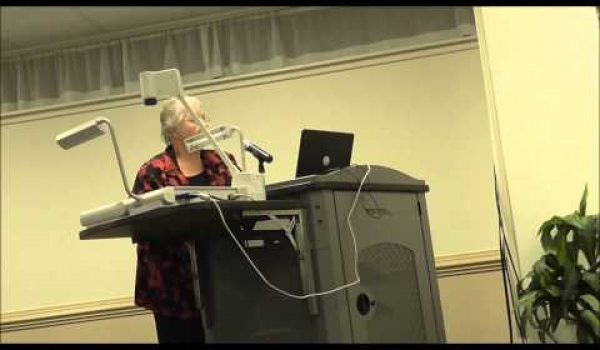 Newly-discovered town records dating back from the 1840’s confiscated, destroyed
Next Post
The ‘culture’ of Chris Christie’s office