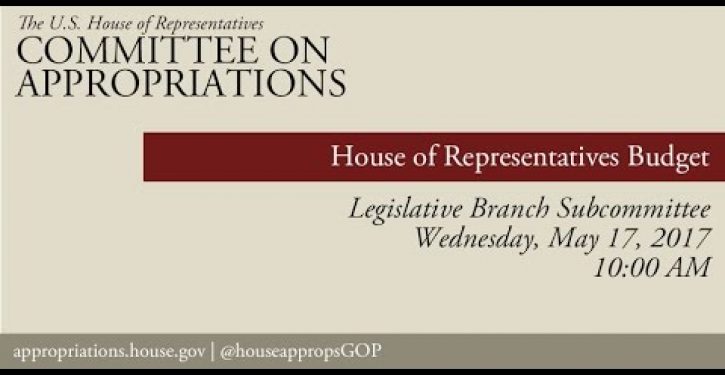 In a May 17 appropriations hearing on Congress’s administrative budget, Wasserman Shultz said she had violated the policies “for years and years and years.” She also sought to find out how much House authorities might know about her internet usage, asking, “Are members monitored?”

Yet Wasserman Schultz lashed out at investigators and changed Awan’s title to “adviser” instead of firing him after House authorities banned him from the network. She resigned as Democratic National Committee (DNC) Chairman in July 2016 after unidentified hackers accessed the DNC’s emails, which Wikileaks later published.

“If a member is using an application outside of the House infrastructure and the protection of … our cybersecurity network, they’re in violation of House policy?” she asked John Ramsey, the House’s information security officer at the hearing on the legislative branch’s budget, in the previously unreported May 17 appropriations hearing.

“So Members are not supposed to be using Dropbox?” Wasserman Shultz asked.

Wasserman Schultz then blamed House authorities for not stopping her and questioned their commitment to cybersecurity.

“I am more than happy to admit that I use Dropbox. I have used it for years and years and years. It is not blocked. I am fully able to use it,” she said, adding:

So there is a vulnerability in our network in spite of the fact that you say that you’ve taken steps to address it. And there is not enough of a — of a policy that — that applies across the board. And you need to make sure that you tighten up your rules and policies so that you can really take and assure us that you take seriously protecting our network.

Video of the exchange follows in two parts:

She then asked how much authorities might know about her computer activities.

“Are members monitored?” she asked, adding:

Do, does the [chief administrative officer’s] office examine whether members are following these rules? How is it enforced?

And, you know, how do you make sure that, if you are concerned as you say you are about protecting the information on the House IT network, how are you actually enforcing that and making members aware [of the policy]?

Ramsey replied that his office communicates IT policy by notifying the IT aides working for congressional committees and individual members.

“When the policy came out, ma’am, we had sent some targeted communications out to the various IT systems administrators that service … the members,” Ramsey said.

The implication was that Awan withheld relevant information from his boss, causing her to violate policies. But instead of anger at a staffer’s failing, Wasserman Schultz attacked the notion of House authorities communicating about technology issues through members’ relevant staffers, calling it “just lobbing email into a tech person’s inbox.”

“OK. Safe to say that you have not,” she said. “Wouldn’t you think that you would have a policy where you inform every single member and that we actually have a meeting with each member’s tech person so that you can inform them exactly what the rules are, what is allowable, what is not allowable?”

Chief Administrative Officer Phil Kiko responded that “we do inform every IT person, IT administrator in every congressional office. If that’s not enough.…”

Using Dropbox an an example of a commonly-used computer application, Wasserman Schultz’s question probed how storing data “outside of the House IT network” is treated as a matter of policy by authorities.

Imran Awan is suspected of funneling sensitive House data offsite onto secret servers wholesale, federal employees have said, which is a much broader breach but one that technically overlaps in some ways with how Dropbox works.

After Awan began working for Wasserman Schultz in 2005, three of his relatives, including a 20-year old brother, as well as his best friend, appeared on other House members’ payrolls at salaries on par with congressional salaries. They have collected $4 million since 2010 despite being rarely seen.

House authorities told members’ chiefs of staffs on Feb. 2 that the Awans were targets of a criminal probe, and other members fired them.

In the same May 17 hearing, Wasserman Schultz lamented that members didn’t have the maximum ability to exert pressure on the chief of the Capitol Police because he reports to an independent board. Not all of that board’s members report to the House Committee on Appropriations’ legislative subcommittee, of which she is one of eight members.

“We have had jurisdictional issues and a challenging time conducting oversight because of the structure of the Capitol Police Board and there — there being a (inaudible) line rather than a direct line to us in terms of being able to hold the board accountable,” she said.

“I’d like to know, sergeant, if you think that we should be looking at restructuring the way the board makes decisions so that we can establish a more direct line of accountability.…  At the end of the day, [the chief] doesn’t have a decision-making role,” Wasserman Shultz continued.

The unusual exchange may have been a setup to the congresswoman’s actions the next day at a hearing on the Capitol Police’s budget. After raising the specter of cutting its budget, she spent three minutes repeatedly demanding the return of a laptop that the chief explained is important to proving a criminal cybersecurity case. Nonetheless, she angrily insisted that it be turned over to her, saying there will be “consequences” if he does not relinquish the evidence.

“She uses her position on this subcommittee to threaten the chief of the U.S. Capitol Police,” Tim Canova, who ran against her in the Democratic primary for the House seat, wrote on a Facebook post. On the post, he demanded Wasseman Shultz “recuse herself from the House Committee on Appropriations’ Legislative Branch Subcommittee on any matter dealing with the Capitol Police budget.”

Wasserman Schultz’s spokesman David Damron did not respond to questions. 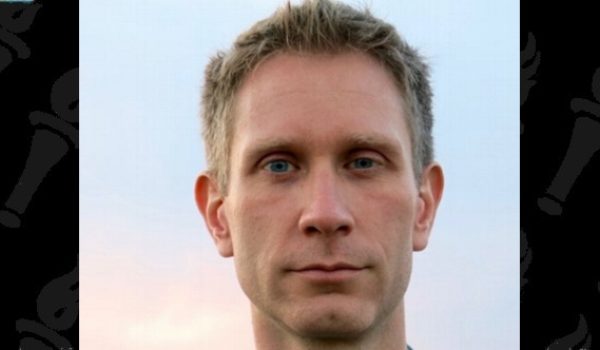 Anthropologist: ‘White genocide’ a ‘good plan’
Next Post
Hillary Clinton unloads — again — on what led to her election defeat