Attorney Harmeet Dhillon pointed out a double standard in the media, asking where the outrage was when Barack Obama commuted the sentence of a convicted terrorist.

Liberals have been in an apoplectic frenzy ever since word got out that Donald Trump had commuted the sentence of former associate Roger Stone prior to his serving a 40-month prison sentence for lying to Congress.

Trump has used the power of the pardon and commutations at exponentially lower rates than his predecessor. Trump overall has granted 25 pardons and 10 commutations. Obama, in his last months in office alone, granted 142 pardons and 1,043 commutations.

In an appearance on Fox & Friends, Dhillon slammed the media over their hypocrisy, particularly noting that Stone was far more harmless than at least one person Obama had freed from prison.

“The same people clutching their pearls and shrieking about Stone’s commutation, I didn’t hear them complaining when Oscar Rivera was pardoned by President Obama,” she fired back. “He was even too much of a terrorist for Clinton to pardon.”

Dhillon’s point is spot on, noting the difference between Stone’s conviction and that of a hardcore terrorist like Oscar Lopez Rivera.

Rivera was a leader in “Fuerzas Armadas de Liberación Nacional” (Armed Forces of National Liberation), which was responsible for more than 120 bomb attacks in the United States.

Members of the group took part in a shooting at the U.S. Capitol in 1954, where they wounded several Representatives in the 83rd Congress.

That’s the type of person Obama commuted a sentence for.

Stone, as Dhillon points out, was the “victim of political prosecution.”

There is no comparison in any manner, but the media is treating Stone like the terrorist, whereas they treated Rivera like a victim.

One person who has pointed out the same double standard in the past is President Trump himself.

He ran down a list of questionable actions taken by previous presidents when the media began questioning his pardon of Arizona’s Sheriff Joe Arpaio in 2017.

“President Clinton pardoned Marc Rich, who was charged with crimes going back decades, including illegally buying oil from Iran while it held 53 American hostages — wasn’t allowed to do that — selling to the enemies of the United States,” Trump reminded reporters.

“President Clinton pardoned Susan Rosenberg, a member of the Weather Underground, charged as part of a bank robbery that led to a guard and two police officers being killed,” he continued.

Trump also noted Obama’s decision on Lopez, saying he “was charged as part of a violent independence group from Puerto Rico responsible for 28 Chicago-area bombings and many deaths in the 1970s and 1980s.”

Most of Trump’s pardons involve malicious prosecution from an out-of-control deep state. And suddenly the media is concerned about criminality when they turned a blind eye to actual terrorists being released under Democrat presidents. 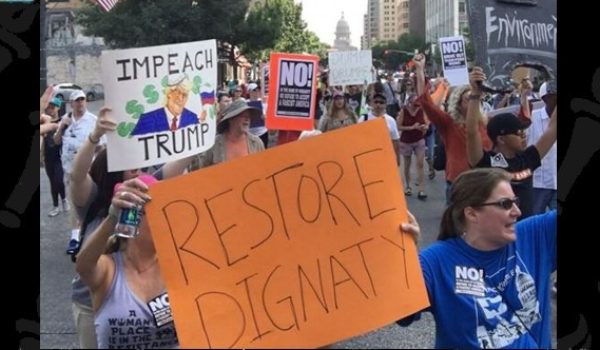 Tweet of the Day: Liberal mom says her son ‘is dead to her’ for supporting Trump
Next Post
Democracy Dies in Darkness, but don’t blame Trump