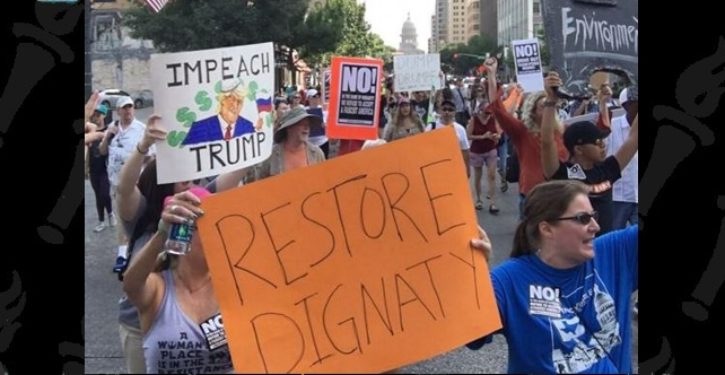 Trump supporters are idiots, a claim that can't be made about Trump haters

How deep does Trump Derangement Syndrome run, you ask? So deep that publicly opining that “we’re all truly blessed at the same time to have a leader like President Trump, who is a builder” is enough to make you a pariah in the eyes of the Left. So deep that a candidate for the highest office in the land earns applause, not censure, for proffering the ridiculous claim that all Trump voters are racist.

So deep that it can cause a parent to publicly announce he is disowning his flesh-and-blood child. You have probably seen cases on social media of children severing relations with their parents over their political views, but odious as it is that can be written off as immaturity. But on Sunday, Twitter user Max&FriendsAgain, who judging from her picture is well past weaning, stated that her middle son is “dead” to her because he now supports Donald Trump.

Since putting that message out, the woman has protected her tweets, but fortunately, the Internet is forever, and her hateful message was archived and can be seen here.  A screenshot is also provided below:

In subsequent tweets, Max&FriendsAgain, who has a way with words (i.e., the wrong way), provided a little background: 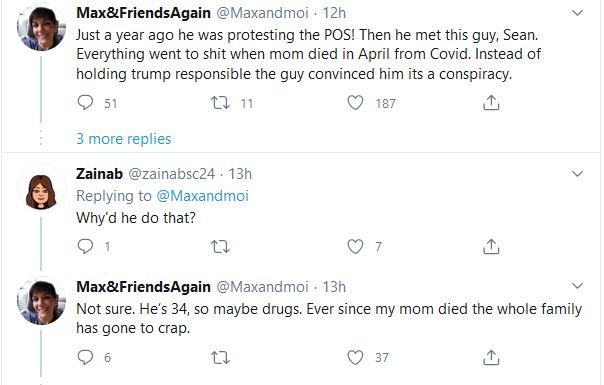 Reaction to Max&’s tweet was pretty much what you’d expect.  Dana Loesch, for example, had this to say:

Other readers comment on the mother’s lack of perspective and likely hypocrisy as a liberal. One wrote:

Guarantee she has a “hate has no home here” sign in the front lawn and a coexist sticker on the Prius.

NBC News: Goya CEO doesn’t deserve to be called a ‘Latino’
Next Post
Harmeet Dhillon wants to know where outrage was when Obama commuted sentence of a terrorist