The DOJ IG referred McCabe for possible charges stemming from his “lack of candor” during the 2017-2018 probe of the FBI’s handling of the Clinton Foundation investigation.  The IG found that McCabe “lacked candor” under questioning about his role in a media leak to the Wall Street Journal in October 2016, shortly before the presidential election.  Basically, in 2017, he first told investigators he had no role in the leak, but later acknowledged that he had been involved in it.  (In fact, he admitted authorizing it.)

Reportedly, McCabe has since apologized to the investigators for making false statements to them.  So we can take comfort in that.

McCabe was fired just short of his pension eligibility date in March 2018 because of the lack-of-candor finding in the IG report.  In August 2019, he sued the Justice Department for “wrongful” firing, claiming that the Trump administration was retaliating against him.  The initial reports that no charges will be filed against him have not clarified whether the status of his federal pension will get another look.

Speaking on CNN, where he is a paid contributor, McCabe said on Friday: “I have to say that as glad as I am that the Justice Department and the D.C. U.S. Attorney’s office finally decided to do the right thing today, it is an absolute disgrace that they took two years and put my family through this experience for two years before they finally drew the obvious conclusion and one they could have drawn a long, long time ago.”

Such indignation will, of course, ring hollow with advocates for retired Lieutenant General Michael Flynn, who has lost far more than McCabe — his savings, his business, his home — under the weight of a prosecution pursued, ironically, even though Flynn did not lack candor in the estimation of the FBI investigators who questioned him in January 2017.

Indeed, it’s worth noting that the FBI officials in Flynn’s case had no actual need to question him at all, because they already knew what he had said to Russian Ambassador Kislyak in December 2016.  That alone clarifies that they were laying a perjury trap.  But their report of the interview indicated that Flynn showed no deception.  In spite of that, Flynn was later charged.

Whereas McCabe was questioned by the IG due to a genuine requirement to obtain his answers about his role in a known event.  The event was a certain, established fact; McCabe’s role in it was not.

McCabe did show deception, but now he will not be charged.  One comment on that.  Charging McCabe would inevitably set up a chain of discovery that would reveal quite a lot about the back-room shenanigans going on in the FBI and DOJ over the last five years.  It’s quite possible that a fight in the shadows over whose blood was to get spilled in such discovery would be the worst part of it; certainly, that could be the most gratuitously destructive.  In no case would it serve the public interest for the process to be launched before Barr and his top officials had a plan for every path it would lead down.

Forestalling that is not necessarily about covering up for the “swamp.”  Please think beyond that.  Out here in the cheap seats, we don’t see everything Barr and Durham can see.  Frankly, there are probably other things to go after McCabe over.  And choosing the ground for going after anyone will be best done when there’s a clear path to laying bare the whole mess, on Barr’s and Durham’s terms — so that no one walks.  It won’t be worth it if only some of the “swamp” is taken down.  The whole apparatus has to go.

Keep in mind as well that Barr, in particular, is threading a needle right now.  He’s not just deciding what to do with investigative findings.  He’s having to protect his internal deliberations from hostile and preemptive leaks, and newly concocted narratives, designed to head him off at the pass.  People in the media, and even — still — inside the DOJ, are actively trying to thwart the purposes of the John Durham investigation.  Battle is being waged 24/7 against Barr’s lines of effort.  Barr would be stupid to hand his opponents battles, targets, and clues before he’s ready to.

It’s very tiring to keep waiting.  That’s why I recommend lowering the blood pressure a notch and having yourself a nice Presidents’ Day weekend.  Happy Valentine’s Day. 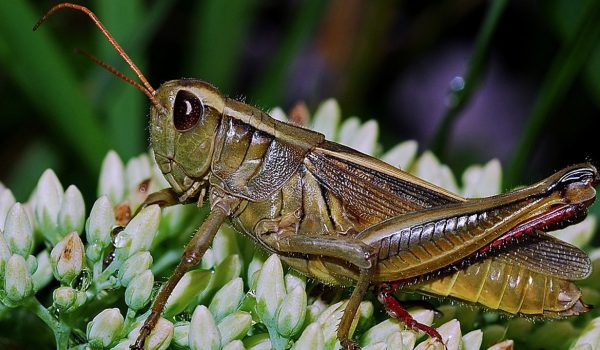