Democratic Rep. Robert “Beto” O’Rourke of Texas claimed Friday that the wall on the U.S.-Mexico border is the reason why an increasing number of migrants have died as they illegally attempt to cross into the country.

“The number of people dying at the U.S.-Mexico border in some years has grown,” O’Rourke said during a town hall in El Paso. “In some years has grown because it’s connected to that wall that we have already built that pushes people who are at their most desperate and vulnerable to ever-more inhospitable stretches of the Chihuahua Desert.”

The Texas congressman explained that the number of people trying to cross the border increased almost 40% between 1998 and 2010 after some of the barrier was constructed in the El Paso sector.

O’Rourke has long argued against a border wall. Following President Donald Trump’s executive order in September to erect an 18-foot steel bollard wall to replace the existing pedestrian fencing in O’Rourke’s congressional district in El Paso, the congressman called the existing chain-link fence “bad enough.” He emphasized that the way to improve safety and security is to “ensure that we are maximizing the potential from everyone … [and] treating each other with respect and dignity.”

During the town hall, the failed Democratic senatorial candidate referred to Trump’s request to fund a wall an “expression of our smallness, our meanness, our fear to the rest of the world.”

O’Rourke, who has claimed to oppose open borders, has faced backlash for refusing to clarify where he stood on the migrant caravan that was heading toward the U.S. During his unsuccessful run to unseat Republican Texas Sen. Ted Cruz in November, O’Rourke dodged commenting on the topic despite immigration and border security overwhelmingly being the top issues for voters in Texas. 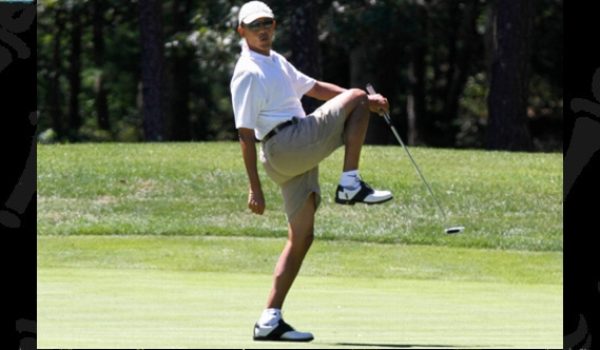 Yes, U.S. has 14,000 golf courses and 6,000 refugees waiting at the border. What of it?
Next Post
Now that Obamacare is dead, let the liberal gnashing of teeth begin