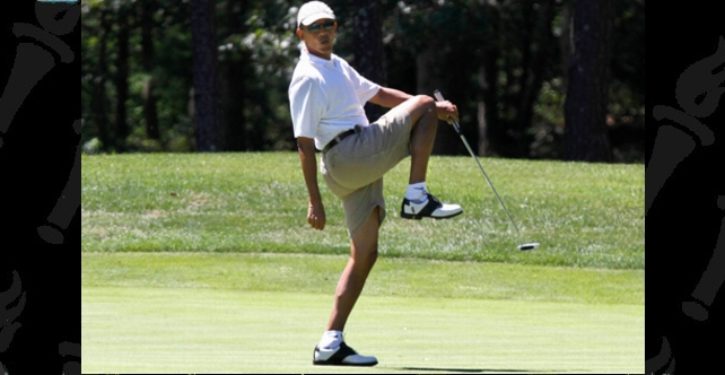 Come on, guys! Barack Obama can handle only so much bad news in one day. He’s still no doubt in shock over a federal judge’s ruling that strikes down his signature health care law on precisely the same grounds cited by Chief Justice John Roberts to salvage the law. And now, on top of that, some members of his own faction want to take Obama’s most beloved pastime away.

That’s right. BuzzFeed News has gone there. On Thursday, the left-leaning website published a piece noting that the nation has 14,000 (14,794 to be exact) golf courses and no place to put the 6,000 migrants in Tijuana seeking asylum. Observes author Khury Petersen-Smith:

…[T]here are enough golf courses in the United States for every adult and child asylum-seeker in Tijuana to have their [sic] own entire course — and there would still be nearly 9,000 left over.

Petersen-Smith doesn’t come right out and recommend that the government confiscate those carefully manicured lawns in order to “serve the greater good,” but that seems to be the general drift of his modest proposal. Never mind that police in Tijuana have arrested some 280 caravan migrants in recent weeks for drug possession, public drunkenness, and breaking and entering — all pointing to the distinct possibility that these asylum seekers will leave the courses in worse shape than they found them. And never mind that the whole enterprise sounds a lot like the much-loathed practice of eminent domain.

But why pick on golf courses? There are abundant rural areas where migrants could pitch their tents that wouldn’t infringe on someone’s right to own land and others’ privilege to push a little white ball around on it.

Besides, as LU contributor Rusty Weiss points out, there are far more tennis courts than there are gold courses in the nation.

Jesus… Just wait until they find out how many tennis courts there are. pic.twitter.com/s7vJjXZU6R

And we haven’t even scratched the surface of wasted D.C. real estate. Why not empty out the Department of Education and allow waiting migrants to camp out in its offices and meeting spaces? That’s called killing two birds with one stone. 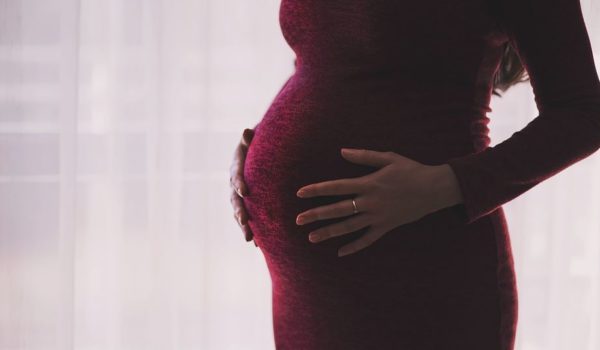 Why are conservatives suddenly supporting mandatory paid leave?
Next Post
Has anyone died because of the border wall? ‘Beto’ O’Rourke thinks so