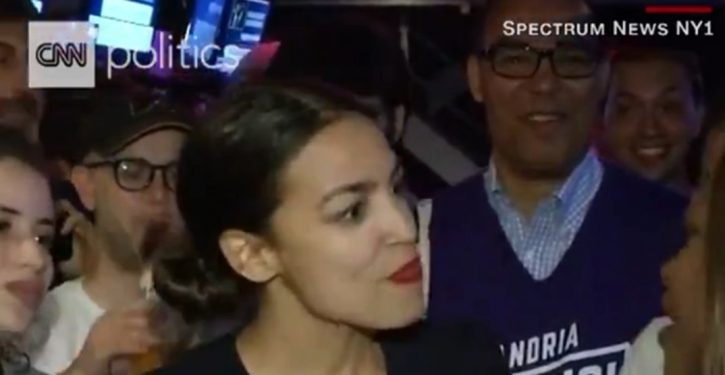 Media darling and rising star in the Democrat party, Alexandria Ocasio-Cortez, already has some explaining to do.

Ocasio-Cortez defeated New York Rep. Joe Crowley Tuesday, ousting a powerful Democrat who was viewed as a potential option as the future speaker, in what Politico described as “the biggest primary upset of the year.”

“This is the start of a movement,” she wrote on social media.

It’s also the start of actual public scrutiny, something the unknown socialist didn’t get much of heading into her primary battle.

Let’s begin with her celebratory victory, a moment that was widely shared Tuesday night due to her shocked face upon learning of her win.

An eagle-eyed observer noticed someone in the background of that video, sharing in her joyous moment.

It was Thomas Lopez-Pierre, a man who ran in a Democrat primary for New York City Council under the platform of defeating “greedy Jewish landlords.”

Yes, that was actually his primary issue in running for a seat on the Council.

He once referred to an African-American supporter of his opponent as an “Uncle Tom (n-word) b****” who by joining in the opposing campaign had “sold out the Black people of Harlem.”

Wrong. Lopez-Pierre was ordered to participate in an anger management program, after pleading guilty last year to violating an order of protection taken out by his ex-wife.

She claimed that he violated a restraining order by approaching her twice and threatening, “Don’t f*** with me, b****!”

Yea, but how can Ocasio-Cortez be expected to police who is attending her celebration rally, you ask? Unfortunately for her, he’s not just some straggler who stumbled into the bar to whoop it up with the candidate. He campaigned for her.

I am so proud of Alexandria Ocasio-Cortez @Ocasio2018 for defeating @repjoecrowley, a @realDonaldTrump Democrat by thousands of votes. Alexandria can be trusted to help protect tenants from “Greedy Landlords” and reject corporate political campaign contributions. pic.twitter.com/Vmn2cNsCoH

Here is video of Lopez-Pierre working hard to help Ocasio-Cortez get elected to Congress.

“I’m in the Bronx supporting Alexandria Ocasio-Cortez,” he states. “We need her in Congress. We need someone that’s going to help us fight the greedy landlords.”

Weird how he dropped the word “Jewish” in this campaign. Perhaps anti-Semitism is frowned upon?

“I urge you today to come out to vote Alexandria Ocasio-Cortez for Congress, and today we’re going to have new leadership in Congress,” he concludes.

The Socialist star may want to explain why she had this man actively campaigning for her.

CA Supreme Court: Law that’s impossible to comply with is still constitutional (guess what it’s about)
Next Post
Trump hopes Dems will keep pushing ‘abolish ICE’ platform: They will ‘get beaten so badly’ 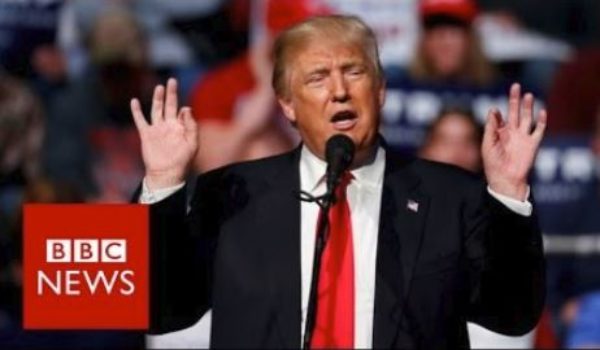