Senate Majority Leader Mitch McConnell is planning on bringing the Graham-Cassidy Obamacare repeal vote to the floor next week, his office confirmed Wednesday.

The legislation — introduced last week by GOP Sens. Lindsey Graham of South Carolina, Bill Cassidy if Louisiana, Ron Johnson of Wisconsin, and Dean Heller of Nevada — is aimed at replacing Medicaid expansion and insurance subsidies with block grants provided to the states.

“It is the Leader’s intention to consider Graham-Cassidy on the floor next week,” McConnell’s spokesman said in an email.

While top Republicans are pushing to gain the support needed to pass the legislation, the whip count is not yet there. A number of GOP lawmakers — including Sens. Lisa Murkowski of Alaska, Susan Collins of Maine, and John McCain of Arizona — said they are waiting on the Congressional Budget Office to release its partial scoring of the measure to see how it will impact their states before they make a decision.

Conservative Sen. Rand Paul of Kentucky is currently the sole Republican to come out against the measure, blasting it for keeping the majority of the Obamacare regulations and taxes in place.

Paul argues the bill simply redistributes federal funding from blue states to red states and questions how House Republicans from states like New York and California could support a bill that dramatically reduces the amount of financial resources they receive.

The Senate Finance Committee is slated to hold a hearing on the legislation Monday. GOP aides told The Daily Caller News Foundation a vote-a-rama could come as soon as Wednesday.

The revival of health-care reform following the Senate failing to pass a scaled-down version of their Obamacare repeal bill in late-July.

This report, by Juliegrace Brufke, was cross posted by arrangement with the Daily Caller News Foundation. 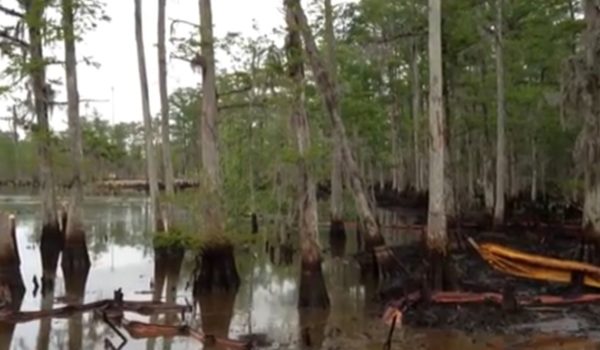