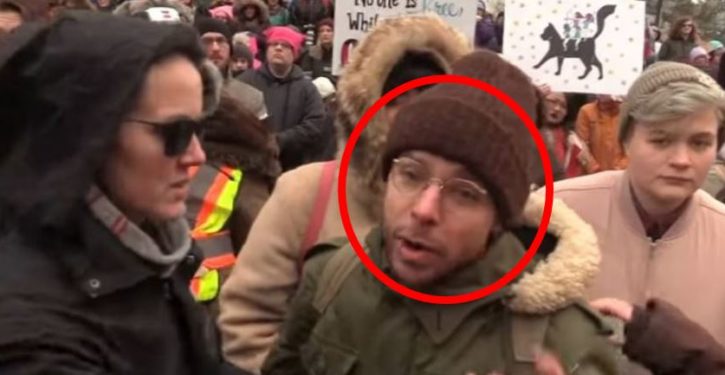 At a rally that supposedly made a statement on behalf of women’s rights and spread the message that “love trumps hate,” one “tolerant” liberal showed his support for women in a curious way: He punched a female reporter in the face.

The incident was caught on video.

Sheila Gunn Reid, Alberta bureau chief for Rebel Media, tried to interview a man at the women’s march, but he turned immediately hostile, cursing at the leader of her media organization and flipping off the camera operator.

When Reid further pursued a dialog with the man, things got physical.

“Ezra Levant, f*** you,” the man on the video said to Reid, invoking the Rebel’s head honcho as he raised a middle finger.

As Reid tried to engage the man further, he turned his back to the camera, appeared to wave at someone to his right, then turned back around — with his left-hand glove now off.

With that the man appeared to throw a punch that connected with the video camera — and according to Reid, her face as well.

After the man assaulted the reporter, a cheer went up from the crowd, while others blocked Reid as the man walked away.

The man who threw the punch has since identified as Dion Bews of Edmonton, who claims the police have already interviewed him about the altercation and that he won’t be facing charges. If true, that doesn’t speak well for the legal system in Alberta, Canada. 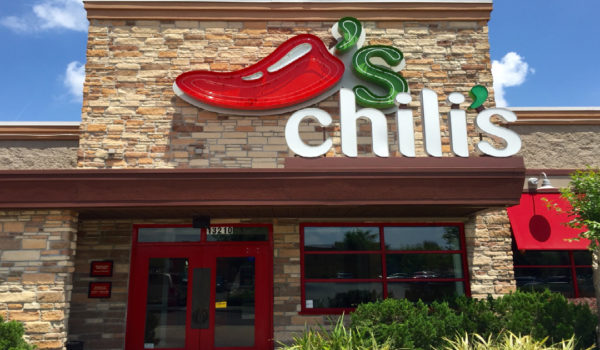