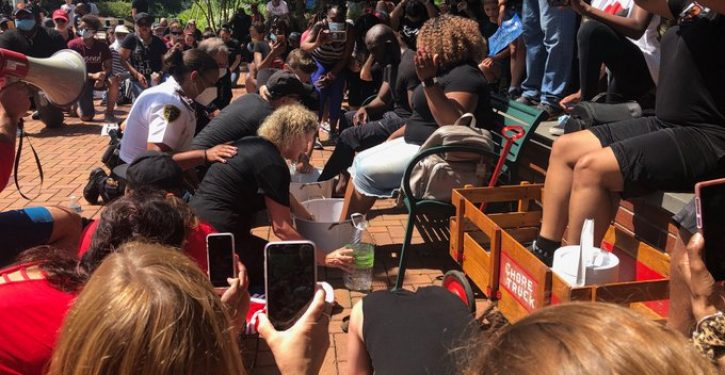 First it was a crowd of about a thousand white demonstrators seated on the ground in Bethesda, Md., taking an oath administered by a black leader not to stay silent about “racism, anti-blackness or violence.” The participants were in open defiance of the three-foot rule imposed at the height of the COVID pandemic, but as we learned yesterday from an open letter signed by a thousand “health experts” it’s OK to violate social distancing constraints in the name of social justice.

Next came the ritual knee taking, the prostrating of oneself in an act of fealty to one’s BLM masters. Michigan Gov. Gretchen Whitmer took a knee, and so did would-be-president Joe Biden.

Now this. On Sunday, a group of privileged whites in Cary, N.C., atoned for their sins during a prayer walk by kneeling and washing the feet of black community leaders. As Yahoo News explains:

At some point during the walk, Faith and Soboma Wokoma, who helped host the event, sat down on a park bench and members of the community surrounded them, washing their feet while asking for forgiveness.

Photos of the event were posted to Twitter by Lori Bush, mayor of the Cary Town Council, who described the scene as a “poignant moment.”

Others were less touched by the scene:

It confirms once again something that I have seen as a systemic norm which is black activist community want subservience not equality. 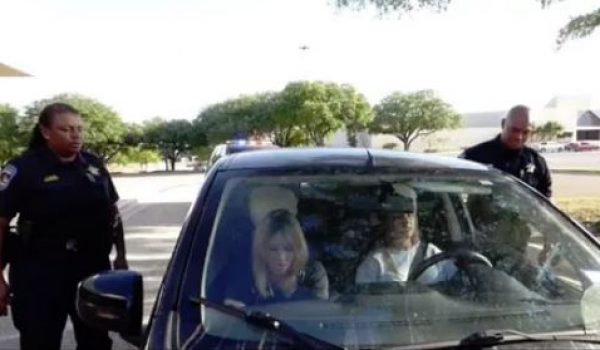