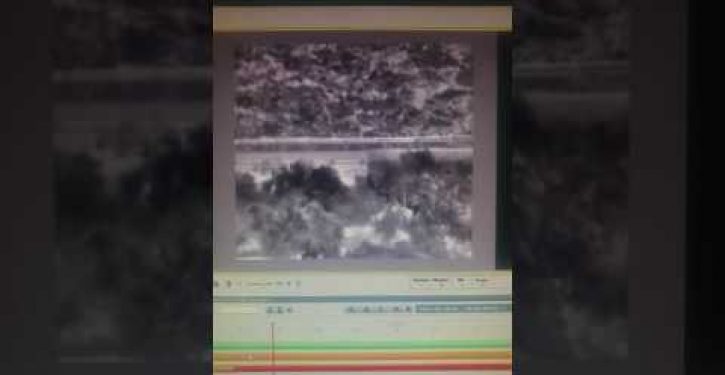 [See update, with security camera footage, at the bottom.]

As of this writing (about 10 PM Pacific time on Thursday, 24 November), there appears to be nothing on the webpage of a U.S. federal department or agency about the massive fires threatening tens of thousands of people in Israel.

The State Department this evening has deplored the bombing attack in Hilla, Iraq, and announced that U.S. support will be provided to displaced Afghans in the internal turmoil in Afghanistan.  But there’s nothing about the 60,000 inhabitants of Haifa or thousands of other Israelis who are having to evacuate their homes because of the raging fires.

There have been six separate major fires burning around Haifa alone, the northern coastal city whose geographic position means that prevailing weather patterns will carry smoke inland very efficiently, to much of northern Israel.  Altogether, the fire count on Thursday is reported to be 220 different fires.

Several arrests have been made, as Israeli authorities attribute at least some of the fires to arson.  According to Israeli Police Chief Roni Alseich:

“We have a special integrated investigation team that is monitoring everything that is happening across the country. I don’t want to get into questions regarding where [we suspect] arson and where we do not.”

“If this is [confirmed] as arson, it could be nationalistically motivated. It’s certainly not just pyromania,” he said, measuring his words carefully. “And there have been arrests.”

In Arab social media, a hashtag for “Israel [or the ‘Zionist entity’] is burning” is trending, and celebratory posts, including videos, are going viral.

Some people posted their hopes that the fires would reach strategic facilities in Israel, like the Haifa Chemicals plants, gas storage facilities across the country, and IDF bases that have large arms depots.

One wrote, “All of Israel’s neighbors must aid it—I suggest they send planes filled with gasoline and rain it down on the burning areas. I want to inhale the smell of barbecue from the Zionists.” …

Another hoped: “God, add more fire to them until it is their end.”

A Canadian imam, affiliated with Hizb ut-Tahrir (the group the San Bernardino terrorists were associated with), came out on Facebook to express his joy over the fires, and his hope that “Allah would burn all of Israel.”

As of midday Thursday, Israel was receiving firefighting assistance from Cyprus, Croatia, Greece, Italy, Russia, Turkey, Romania, and Bulgaria.  The Israeli foreign ministry has been tweeting out thanks to the nations providing assistance.

Now a report is finally emerging that a U.S. asset is deploying to Israel to help fight the fires.  But it’s not assistance being provided by the U.S. government.  The Israeli government has arranged with the company Global SuperTanker to send its unique Boeing 747 supertanker firefighting aircraft to Israel for support.  The plane will arrive on Friday.

Public communications about the supertanker’s deployment have been somewhat stilted – in contrast to the simple, heartfelt thanks expressed by the Israeli government to the foreign governments that have stepped up to provide assistance.

Benjamin Netanyahu put it this way, regarding the deployment from Global SuperTanker:

“It needs to be understood that the firefighting planes currently being used are not able to operate overnight. There is only one plane that has this ability, and that is the Supertanker. I instructed that it be brought here. It will take 24 hours to come from the US. We only use it in extreme situations. We don’t use it for everything but I prefer that we have too much rather than too little,” said Netanyahu.

Basically, this careful wording means Israel hired the plane.  The U.S. government isn’t providing it.  (Netanyahu would never say of aid provided by another government that “he has instructed that it be brought” to Israel.  He would publicly thank the other government, as he has done with all the foreign governments providing actual assistance.)

And not all Israelis are impressed:

However, the arrival of the supertanker has come in for criticism from some quarters. “This is a matter of politics and less of an operational need. We weren’t given the opportunity to express ourselves on the matter,” a senior member of the rescue services was quoted as saying.

To the extent it’s political, I read this as Netanyahu covering (once again) for the bad attitude of the Obama administration: arranging for an American asset to be involved in this Israeli emergency, because the longstanding ties of Israel and the United States are more important than the petulance and bad faith of an outgoing administration.

There is considerably more the administration could be doing.  Contrast the current silence with the U.S. response to the “Carmel Fire” back in 2010, which menaced less of Israel and far fewer people, although it was certainly a major fire.  Besides providing the earlier version of the 747 supertanker, the U.S. dispatched federal civilian and military assets, including six firefighting planes from the reserve and National Guard.

But between then and now, there’ve been six more years of Obama – and now a lost election, which his administration has taken as an excuse to be reckless and dismissive about executive policy.  Just recently, for example, Obama ignored the intent of Congress on sanctions related to terrorism and arms proliferation, and agreed to an Airbus sale of 106 commercial planes to Iran – in spite of the fact that Iran is using commercial jets to smuggle weapons to Hezbollah in Lebanon.

Obama did say eight years ago that he planned to “fundamentally transform” America.  If he had actually achieved that, America herself today would be the faithless, untrustworthy, back-stabbing entity the Obama administration so often comports itself as.  The good news is, that’s not America.  Americans stand with Israel and her people in this emergency.

Of Obama and his administration, however, we have to be bitterly ashamed.