Except for a little rain (which liberal friends on Facebook wrote they were all hoping for!) Donald Trump’s “Salute to America” went off without a hitch yesterday. Many say he delivered the best speech of his presidency, and despite the fact that none of the major TV networks carried the event, it was about as apolitical as anything inside the Beltway gets.

Well, that’s unless you assume that the military tanks that rolled in for the event were intended as a warning to Americans who refuse to comply with Trump’s iron-fist enforcement of his policies. One person who did was MSNBC’s Joy Reid, who during a panel discussion on “Deadline: White House” warned that Trump aspires to be a “mini” Kim Jong Un or Vladimir Putin. She elaborated on her theory:

What is the message when Kim Jong Un rolls tanks down the streets of his capital? The message is to democracies. It’s the message to people like us, to Western democracies, ‘you better be careful because we, the united North Korean people, will defeat you. We have nukes. Be afraid of us.

So What is the message Donald Trump is trying to send by rolling tanks down Constitution Avenue? Who is that message to? It’s certainly not to tyrants because he likes tyrants, he loves tyrants. It’s not to Putin, it’s not to Kim Jong-Un, not to the Saudis. Is it to our friends, to Western democracies who he doesn’t particularly like, or is it to us? Is it to the resistance in this country? ‘I got tanks. I have this military armada [sic].’

The message is a threat, but it’s always a threat when you roll out your military. But it’s to whom is the threat, and I suspect that the threat is to his fellow Americans. And I hate to say that, but I think that Donald Trump styles himself a tyrant, not a defeater of tyrants.

MSNBC's Joy Reid claims Trump intends July 4th celebrations in DC to be a threat to Americans and says he aspires to be like Kim Jong-Un https://t.co/bQrYcu25Pf pic.twitter.com/y8YvTOEOHc

For someone who “hates” to say “that Donald Trump styles himself a tyrant,” she says it — and things like it — tediously often. But Trump is not the only threat to democracy Reid sees. She also sees rural Americans as a threat. She’s not too wild about gays either, having penned a dozen anti-gay blog posts in 2007. Or the Jews of Israel, whose attacks on Gaza, she claimed in 2014, killed as many people as a hundred 9/11s. Or white people: In December 2017, Reid expressed her outrage that the Democrats were running “two white guys” in 2020.

Trump prepares to roll back one of dumbest energy regulations ever imposed
Next Post
Oops: Betsy Ross flag has flown outside San Francisco city hall since 1964 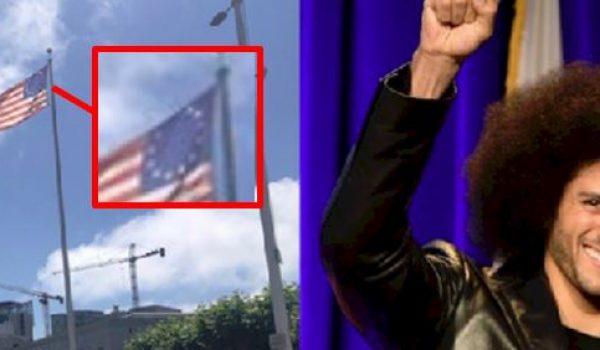