A video that has gone viral provides an intensely powerful, stinging rebuke of the Clintons’ corruption that cannot be ignored, although it certainly has been and will be by the official Democrat Party Communications Bureau, aka the mainstream media.

In the video, which follows, Bernard Sansaricq, former Senate president of Haiti, announces — at a pro-Donald Trump event, no less — that “the world trusted the Clintons to help the Haitian people during their most desperate time of need and they were deceived.”

He goes on to state that a reported $6 billion in relief aid, intended as direct assistance to the 2010 Haitian earthquake victims and for which Bill Clinton was responsible, mysteriously vanished, explaining:

Not even 2% of that money went back to Haiti. So, Mr. Trump, we are asking you, begging you, the Haitian community will side with you if one day you ask Hillary Clinton publicly to disclose the audit of all of the money they have stolen from Haiti in 2010 after the earthquake. Haiti is a very poor country. Haiti needs defenders. You said you would champion our cause. We welcome you sir and we will work with you. But please, ask publicly Hillary Clinton, during your next debate, to publish the audit of all the money they have stolen from Haiti.

Sansaricq should be front and center at the next debate and allowed to ask the Clinton directly to provide an answer to where the money wenet.

The other corrupt Clinton foundation you’ve never heard of
Next Post
Sen. McCaskill: What Hillary has done for women outweighs nasty name-calling. Really? 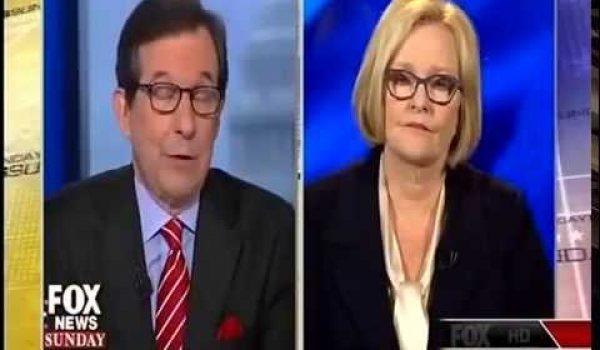