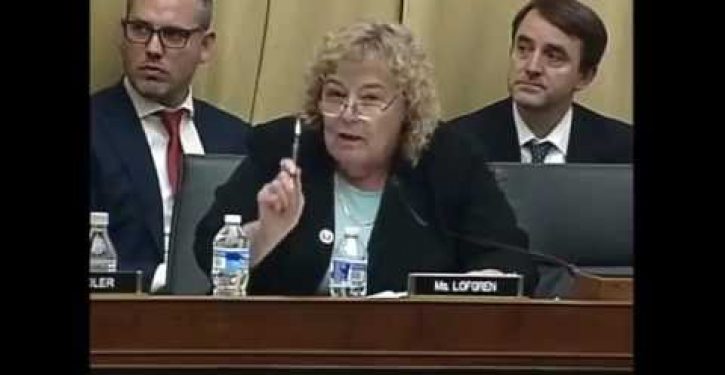 The following video has a little bit of everything. A congressional hearing debating transgender issues. A Democratic congresswoman descending into a foot-stomping tantrum. Verbal sparring with someone intellectually out of her league. And then an epic walk-off, mic-dropping response to end it all.

Rep. [score]Zoe Lofgren[/score], a California Democrat, took umbrage at testimony from a witness on civil rights and the transgender issue. The witness, Gail Heriot, pointed out that simply saying you identify as something doesn’t make it true. A little thing called reality gets in the way.

Lofgren read Heriot’s statement out loud, then made a fairly measured counterpoint in saying some people don’t understand what transgender children go through. She finished with “That’s all I’m going to say on that” — and immediately went into a total meltdown!

Lofgren called the witnesses testimony “rather offensive” and questioned the subject’s knowledge on the transgender issue.

When Heriot attempted to respond to Lofgren’s claims, the Democrat grew angry and began name-calling.

“You are out of order,” he said. “We don’t call names in this committee and you’ll not be recognized to do that.”

That ignorant bigot Lofgren was addressing, Heriot, happens to be a U.S. Civil Rights Commissioner and law professor at the University of San Diego School of Law.

Heriot finished the sparring by flashing a little bit of her wit in response to the congresswoman.

“Does that mean you think I am a Russian princess?” she asked.

Watch the entire exchange below: 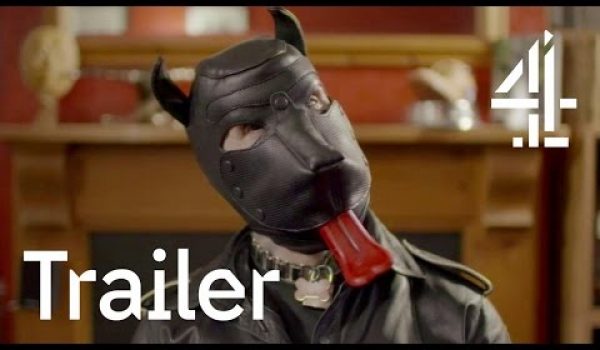 This man spent nearly $6K, not to change his sex but to change this
Next Post
Image of the Day: What’s wrong with this Memorial Day picture?