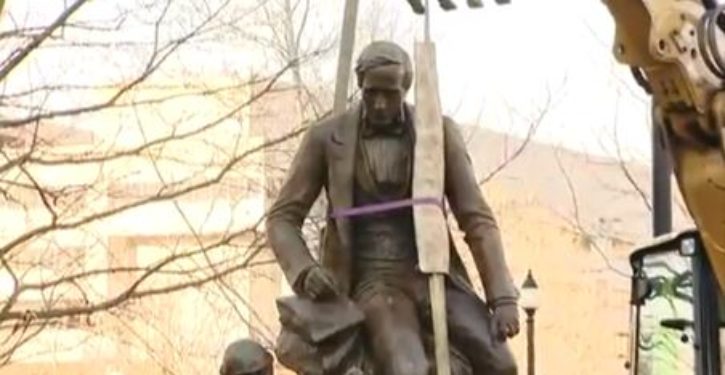 The PC obsession with cleansing America of its “offensive” public art has claimed another victim. This time the victim it’s the residents of my hometown of Pittsburgh — or at least the sane ones.

They will be deprived of a tribute to native son Stephen Collins Foster, composer of  “Oh! Susanna,” “Jeanie with the Light Brown Hair,” “Beautiful Dreamer,” and other American song classics. A 117-year-old bronze casting of the songwriter was wrested from its pedestal in Schenley Park yesterday by crews with the Public Works Department, after the city’s Art Commission ruled last October that the statue gave offense.

So what was Foster’s crime? Was it that he drew inspiration from minstrel tunes and what used to called “Negro spirituals”? No. It is actually the sculptor who was fault. He included at Foster’s feet what appears to be a black balladeer, singing and strumming a banjo. I say appears to be because that’s what a disinterested observer will see. The Art Commission sees a slave.

So what will go up in the statue’s place? According to Pittsburgh CBS affiliate KDKA, “there are thoughts to erect a statue of an African-American woman.” Says City of Pittsburgh Communications Director Timothy McNulty:

We have a task force that’s been looking at public art throughout the city and they found there are no statues of African-American women in the entire city. So, we’re going to figure out a way to do that, and hopefully this will be the place where such a statue will be.

Some of the replacements under consideration are Madam(?) C.J. Walker, “one of the first black female millionaires,” and Jean Hamilton Walls, the first black woman to earn a from the University of Pittsburgh.

Brilliant idea! Tear down a memorial to a native son who gave the gift of song, and erect in its place a sculpture of a person whose only real claim to fame is having had black skin and a vagina. 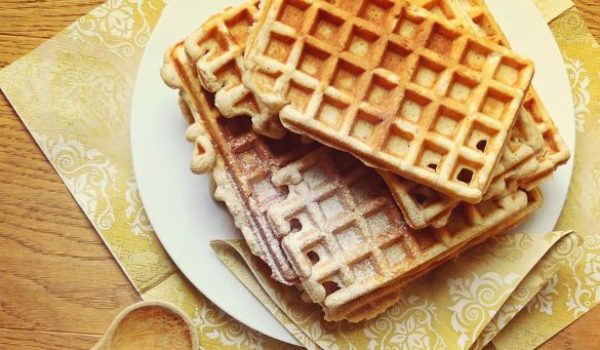