The moral of this story is how easily “law” can be used against us.  Although they’re important, we need to stop worshiping law and government as the greatest forms of protection.  The rule of law is ultimately about what’s in our hearts.

This report updates the latest development on a tale Joe for America posted on in September (LU picked up on it here).

According to KOMO News:

The coach of a Washington state high school football team who prayed at games despite orders from the school district to stop was placed on paid administrative leave the same day a group of self-described Satanists said it planned to attend a Thursday game to protest the practice.

Joe Kennedy, Bremerton High School’s assistant football coach, was put on leave because he refused to comply with district directives to avoid overt religious displays on the field, Bremerton School District officials said in a statement late Wednesday.

Kennedy has vocally prayed before and after games, sometimes joined by students, since 2008. But the practice recently came to the district’s attention, and it asked him to stop.

He initially agreed, but then, with support from the Texas-based Liberty Institute, a religious-freedom organization, he resumed the postgame prayers, silently taking a knee for 15 to 20 seconds at midfield after shaking hands with the opposing coaches. His lawyers insist he is not leading students in prayer, just praying himself. 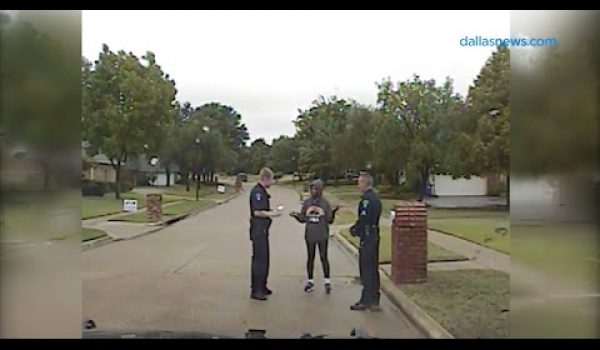 Woman says cops stopped her for ‘walking while black, police have another explanation
Next Post
Colleges offer students sensitivity ‘consultations’ on Halloween costumes