Tom Nichols, an author who teaches at Harvard Extension School and the U.S. Naval War College, touched a nerve last week — while also inadvertently calling attention to — and awakening the liberal world’s angst over — the latest microaggression.

The whole affair started off as innocently enough, as Nichols recalled yesterday in a musing at The Federalist:

It was just another day at my local drug store. I picked up a few sundries, stood in line … and paid my tab. The young man behind the counter was pleasant, and said hello, as I did. He then silently dumped a handful of paper, coins, and cash in my hand.

“No problem,” he answered.

When I got home, I wondered, as I always do, when the customer became the person in a transaction to say “thank you,” instead of the clerk. “Thank you” for what, exactly? For letting me shop in your store? For allowing me to hand you my money? And when did “no problem” become standard English for “you’re welcome?”

So I did what all cranky people do in the twenty-first century. I sent a tweet.

Dear Every Cashier in America: the proper response to "thank you" is "you're welcome," not "no problem." And *you're* supposed to thank *me*

Maybe the message started off as a simple observation, but it immediately evolved into what Nichols aptly describes as a “drenching storm of indignation,” peppered with enough profanity to make a longshoreman blush. One Twitter user was even considerate enough to include a picture of his anus along with his crude advice.

Among those microaggressed was a tweeter who jumped to the conclusion that Nichols was a lousy tipper. Another assumed he was rich and that, like all rich snobs, looks down on working-class stiffs.

The sad part of all this is not just that the conversation that could (and should) have ensued descended into name-calling. Rather it is that Nichols’s correspondents on Twitter (whom, he observes, were mostly millennials) so readily assigned accusatory labels such as classism and capitalism to a simple request for common courtesy and politeness.

This one Hillary Clinton tweet caused biotech stocks to plunge
Next Post
Which host on ‘The View’ told Planned Parenthood opponents ‘Keep out of my vagina’? 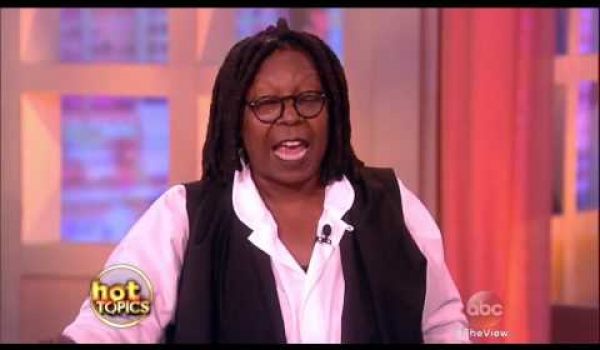