If the appearance of the word other in the title of this post seems odd, the explanation is that the headline “Which presidential candidate did this dying woman urge people not to vote for?” was already taken.

It was used to headline an August 2015 post by Howard Portnoy. The answer to the question back then was Hillary Clinton. So here, in the interests of equal time, is the more-or-less opposite answer.

A Lynn [Mass.] woman felt so passionate about the race, she included a message about it in her obituary.

Alba Keus saw so [sic] a lot in her 86 years, but the 2016 presidential election that [sic] disillusioned her.

“She goes, ‘Can you even believe that people are voting for this man? Has the world gone crazy? The world has gone crazy,'” daughter Andrea O’Neill said.

The man in question is of course Donald Trump, and the wording of Keus’s last request — “In lieu of flowers, Alba’s request would be that you do not vote for Donald Trump” — was almost identical to that of Elaine Fydrych, who died last August.

As women enter combat roles, all Marines forced to do WHAT?
Next Post
Video: Prager U on America’s socialist origins 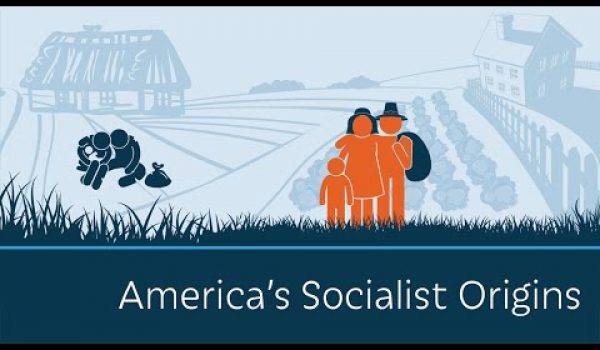