While in New Hampshire, Pataki urged Trump to “go ‘mano a mano’ on immigration policy.” Because employing a Spanish phrase to attack Trump over his comments on illegal immigration is super-clever.  Or something.

Regardless, this is actually an excellent idea. It will be instructive to see how Trump performs when having to play the role of rational policy-making leader, as opposed to outlandish pundit.

Via Pataki for President:

“Donald Trump has a lot to say about the problems with illegal immigrants, but aside from name calling Mexicans and hurling insults at me and some of our other opponents the American people have yet to hear anything resembling a real plan,” said Pataki.

Trump has repeatedly bemoaned the lack of discussion about the problem telling Fox News, “I don’t understand. Whether you’re liberal, conservative, Republican, Democrat, why wouldn’t you talk about a problem?”

“I say, let’s go ‘mano a mano’ on immigration policy. Let’s get past the name calling and have a real substantive discussion,” said Pataki.

Trump, for all the media narrative and boycotts and faux outrage over his comments, has actually been surging in the polls, coming out on top in an average of over 105 polls.

Trump believes his rise in the polls is just beginning.

“I really think people agree with what I say about the border and just agree with me, period,” he said.

Meanwhile, Pataki has been unable to muster a clear 1% in the latest round of polling.

Perhaps going after Trump is a ploy by the former governor to get some much-needed attention. 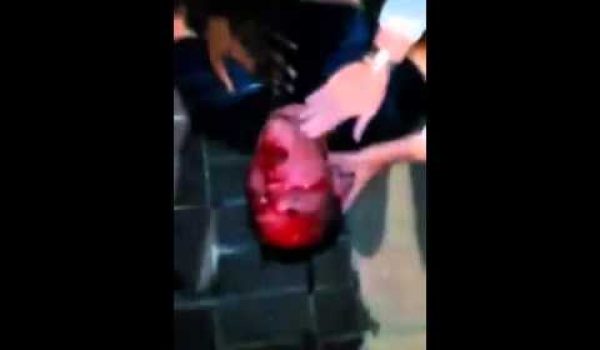