Civil rights groups and minority activists are exercised over a new U.S. law that excludes Iraqi and Syrian nationals from a special visa waiver program. Such an outrage deserves a name of its own. Hence, the term “ancestral discrimination.”

The U.S. allows citizens of 38 primarily-European countries to enter America without obtaining a visa. After the Paris and San Bernardino terror attacks, however, President Barack Obama signed a new law barring some of those citizens from the waiver program, if they’re also citizens of Iran, Iraq, Syria, or Sudan.

This dual national provision is upsetting civil rights activists who say it’s unclear who exactly will be affected, adding that it could unfairly burden some people without effectively curbing national security threats, reported Politico Tuesday.

Depending on how the U.S. interprets the law, people who were born in Europe could still be required to obtain a visa because of their “heritage,” while others also born in Europe will not. For example, a woman born in France to an Iranian father is considered an Iranian national under Iranian law, even if she never visits Iran or pursues Iranian citizenship. Activists argue barring such a person from the visa waiver program would constitute discrimination based on her “heritage” or “ancestry.”

The Department of Homeland Security (DHS) has not provided details on how it will interpret and apply the dual national provision of the law, saying it wants to prevent malevolent actors from gaming the system.

“By failing to provide clarity in how the restrictions will be enforced, it further feeds people’s perception that they are being discriminated against and that they face increased risk of travel restrictions because of their family heritage,” Jamal Abdi of the National Iranian American Council, an Iranian-American activist group, told Politico.

Others are criticizing the provision because they say it doesn’t do enough to keep bad actors out, and that it can still be gamed easily. Enforcement of the dual national provision, for example, will require applicants to honestly and accurately assess whether they are citizens of one of the barred countries.

On the flip side of the issue, the European Union is considering a measure to require visas from U.S. and Canadian passport-holders who are traveling to the EU, in response to the new U.S. law. 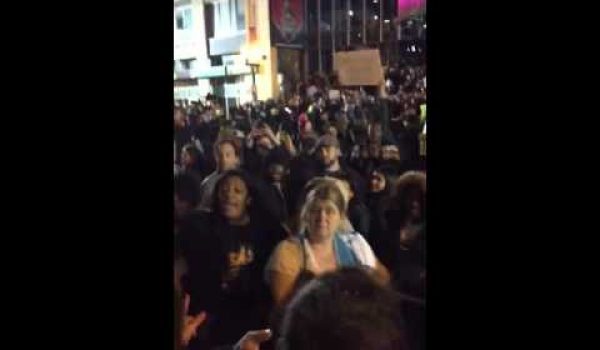