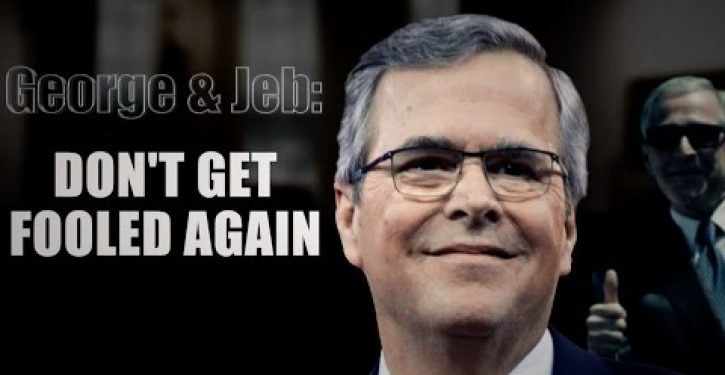 After finishing the first draft of this piece I received a late-night return phone call from a Florida Republican power player who asked that his name be withheld. He was responding to a question from me earlier about former Florida Gov. Jeb Bush’s prospects for winning the 2016 GOP presidential nomination. Coincidentally, he had just left a high-dollar local fundraiser for Florida Senator Marco, which was the reason he gave for calling so late.

Here are some direct quotes from our conservation:

“Jeb is not relevant.”

“Jeb has no momentum.”

His candor surprised me since my source has known both Bush and Rubio for many years. And, like many active Republicans, he is still uncommitted to any specific 2016 candidate.

I took this eerily-timed conversation as an affirmation for what I had written hours earlier — five reasons why Jeb Bush should drop out of the 2016 presidential nomination race before he officially declares.

Jeb Bush’s Nomination Would Result in a GOP Civil War

If the GOP is to win the White House in 2016 there must be the equivalent of a peaceful, loving, marriage ceremony uniting the party’s conservative and establishment wings at the Republican National Convention scheduled for July 18-21, 2016 in Cleveland, Ohio.

Undoubtedly, Jeb Bush is the least likely major candidate to bring about such a union. In fact, his nomination would likely spark a brutal civil war ripping the party asunder — resulting in a walk-out of convention delegates, the possible rise of a conservative third-party candidate and drastically reduce the number of traditional GOP campaign workers. I cannot over emphasize the degree to which anti-Jeb passion currently exists among many GOP primary voters.

For example, on the popular conservative site RedState, which is read by many GOP activists, the title of a recent “recommended” column perfectly sums up this sentiment: “Jeb Bush: Worse of the Worst for 2016.”

Then the Washington Times posted a headline signaling war clouds on the horizon: “Conservatives strategize in separate meeting to sway 2016 Republican nomination.”

Within the piece was this gem:

For many conservatives planning to attend the gathering, former Florida Gov. Jeb Bush is the dreaded incarnation of the inevitable establishment candidate next year who could out fund-raise the entire field of competitors.

Given these negative general feelings among a growing number of Republicans, it is only a matter of time before Jeb and his loyal team of long-time advisers realize that all the establishment money in the world cannot buy love among primary voters who find Jeb unacceptable as their 2016 leader. Furthermore, if Team Jeb thinks they can change a majority of GOP hearts and minds — they are delusional.

Question: Why would a party still recovering from its last unpopular president — whose name and brand have been thoroughly denigrated during the last two presidential elections — nominate a candidate with the same last name?

Now, to elaborate on that answer, check out two web videos from the Democratic National Committee and American Bridge which appeared shortly after Jeb’s recent inartful statements on FOX News concerning his brother’s justification for the Iraq War.

These are exactly the kind of campaign commercials that Republicans can expect to see in a general election if Jeb wins the GOP nomination.

Furthermore, Republicans supporting Jeb should be reminded that an Associated Press 2012 presidential election exit poll revealed that almost half of the voters (unfairly, in my opinion) blamed former President George W. Bush for the nation’s economic challenges instead of President Obama. This is a direct result of Obama twice waging a successful “blame Bush” campaign strategy. Thus, it’s a given that Hillary Clinton’s campaign will attempt to convince voters that Jeb’s name equates to George’s on the ballot.

You can just hear Hillary or her surrogates saying, “Why would you vote for the family who got us into this mess?”

Jeb’s Negative Poll Numbers Are Off the Charts

A George Washington University Battleground Poll released May 11, but conducted  May 3-6 (several days before Jeb’s May 10 Fox News kerfuffle about Iraq,) revealed some fascinating data that should be used to convince Team Jeb to disband their nomination efforts now in order to save Jeb Bush and his distinguished family from future embarrassment.

For the record, the poll was jointly conducted by the Republican-leaning Tarrance Group and the Democrat-leaning Lake Research Partners with data gathered from 1,000 registered voters.

But wait there’s more: The poll asks after reading a list of names, “If you have heard of that person and, if so, whether you have a favorable or an unfavorable impression of that person. If you do not recognize the name, just say so.”

On the positive side, he has an 8% strong favorable and 27% a somewhat favorable rating, yielding a 35% total. However, Jeb does not have much room for improvement — with only 11% of registered voters having “no opinion” of him and only 6 percent having “never heard” of him.

Overall the poll reveals that virtually the entire GOP field is unknown and in most cases they do not yield high favorable or unfavorable numbers – leaving them time to make a positive impression. Whereas Jeb is “known” — albeit due to his last name.

Conversely, the poll shows Hillary Clinton, like Jeb, has a high total unfavorable number at 49%, but a much higher total favorable rating at 48%. Only 1% have “never heard” of her and 4% have “no opinion,” which brings us to reason number four:

Jeb is NOT the “Fresh Face” Needed to Contrast Hillary

Given the almost universal opinion that Hillary Clinton is a flawed, retread candidate with whom Democrats are stuck — why would Republicans nominate their own flawed, retread-named  candidate when there are so many new fresh alternatives?

In the unlikely event that Jeb were to win the nomination (not having taken my advice to drop out), running with his polarizing last name against a candidate with an equally polarizing last name does not make for a level playing field. Instead, it pits one old brand name against the other. And, since perception is reality, the Clinton brand is perceived more favorably than the Bush brand according to Real Clear Politics poll averages showing Hillary Clinton defeating Jeb Bush by 7.7% in a 2016 general election match-up.

Moreover, while the Bush family brand is associated with ill-conceived wars and an economic meltdown, the Clinton brand hearkens back to better economic and more peaceful times, despite all their old and new scandals.

Here is the takeaway: The GOP does not have to play the brand comparison game if Jeb drops out.

Without Jeb in the mix, the party moves ahead from the Bush years. Whereas now, with Jeb raising millions of old Bush family donor dollars, his candidacy acts as a deterrent — keeping those “fresh new faces” from reaching their full potential in the early days of the 2016 campaign. In addition, Jeb will continue to suck-up media bandwidth mopping up his brother’s legacy, which brings us to reason number five:

Running for G.W. Bush’s Third Term is a Losing Proposition

Jeb’s current media quagmire, rehashing history over his brother’s 2002 Iraq war initiative, is a foreshadowing of Jeb’s inability to rehabilitate his family brand – something he must do in order to win the nomination and the White House.

Unfortunately, because former President George W. Bush’s name is poison with the media, most of the electorate, and within much of the GOP, Jeb Bush – who last ran successfully for his Florida gubernatorial reelection in 2002 – is now slightly rusty and has little chance of reversing such entrenched national name negativity.

Meanwhile, because politics is unfair, Hillary can run for both Bill Clinton’s and President Obama’s “third terms”, and expect support from traditional Democratic voter groups. But Jeb, given the national and media climate, must run away from his brother’s entire two-terms and that is unfair to him, his brother and his entire family. So don’t do it, Jeb!

Drop out now before you take the official plunge. Release your major donors so the party can move ahead and fight the Clinton past, present and into the future with new names and faces. 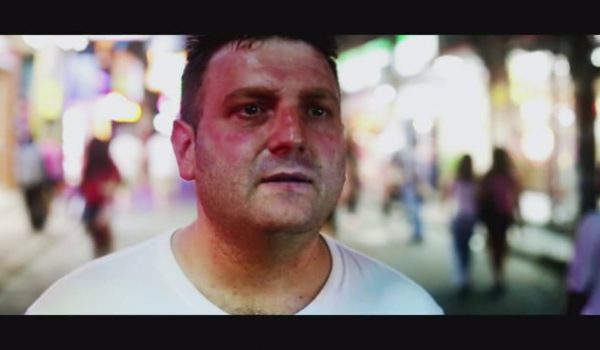