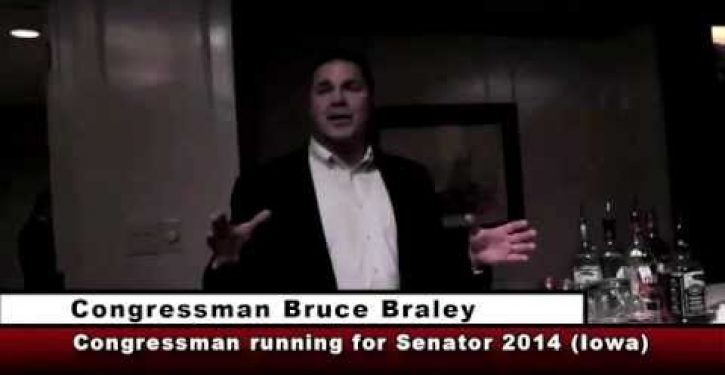 As 2015 approaches, it is time once again to sit back and admire Democrats, not for any actual achievement during 2014 — they have none unless you count blessedly-soon-to-be-former Senate Majority Leader Harry Reid’s kneejerk blocking of every piece of legislation to come to his desk from the Koch Brothers … er GOP-controlled House. Rather it is time admire the party that views itself as the “more cerebral” for its demonstrably brainless gaffes. And there are some howlers.

Braley had a brilliant plan for campaigning in the state of Iowa – mocking farmers. He told a group of lawyers at a fundraiser that Senator Chuck Grassley was just “a farmer from Iowa who never went to law school.” Braley added that unlike Grassley, he was not a simple farmer and was far more worldly because he “went to law school” and “practiced law.” So how helpful was Braley’s “strategy” on Election Day? He lost to Republican Joni Ernst by a margin of eight percentage points, 52% to 44%.

The video clip is practically dripping with condescension.