Fittingly, what we’re talking about here is a pastiche of measures, taken in different jurisdictions, which people might have trouble recognizing as related.  But the trends aren’t getting reversed, and the relationship will become clearer and clearer with time.

Confiscating guns from the law-abiding

Connecticut and California are now two states with prominent, flagship gun laws that allow guns to be seized on the basis of an alleged “risk.”

Connecticut has had a provision for seizing guns based on a “risk warrant” since 1999.  (See also here.)  California has had a database on “armed (but) prohibited persons” (APPS) since 2007, and in 2013 began funding gun confiscations based solely on the APPS database.

Not surprisingly, the gun seizures under APPS quickly began to impinge on the rights of non-risk gun owners, and have included visits from SWAT teams.  But APPS – although designed precisely for such situations of mental illness versus gun ownership – did nothing to prevent the killing spree of Elliot Rodger in May 2014, in spite of the fact that law enforcement had all the records it needed to do the one thing it didn’t do prior to Rodger’s attacks: search his quarters for a firearm.

So California in 2014 passed a new law similar to Connecticut’s, by which a gun owner’s relative, or even another interested party, can ask the authorities to remove his guns, based on the fear that he poses a danger to himself or others.  The law creates a “Gun Violence Restraining Order” (GVRO).  In theory, it will be even easier to invoke than the Connecticut law, because in California, members of the public, such as relatives and neighbors, can initiate the proceeding with a judge.  In Connecticut, it has to be a law enforcement officer.

“Gun Writer” Lee Williams spoke for many in criticizing the California law:

First the law’s threshold – a danger to self or others – is the same standard used for a civil involuntary commitment.  If the person poses a danger to himself or other, they should be committed to a secure institution where they can be evaluated, treated and safeguarded from harm. …

According to the law, the penalty for making a false statement is a misdemeanor. However, I see a huge potential for misuse, especially during divorce proceedings.

Many observers are also concerned about the law’s potential to circumvent the protections on a gun owner’s civil rights.  A judge can weigh the merits of the risk allegation and order guns confiscated for 14 days, with a reassessment at the end of that period.  But there are no guarantees that this process will meet the strict burden of proof standards that should attend any infringement on a constitutional right.

We have yet to see the full potential of the GVRO law for misuse; it became law only a few weeks ago, on 30 September 2014.  But Mr. Edward Taupier of Connecticut tells us what can happen to a law-abiding gun owner under the narrower Connecticut law.  He has first-hand knowledge, having been targeted during a divorce proceeding by his wife and her lawyer.

Each particular of his case validates concerns about both the Connecticut and California laws.  He has no criminal record or history of domestic violence; had a good job in the financial industry but was able to work at home in order to be with his kids; complied with court orders as the divorce dragged on.  He was accused by his wife’s attorney of making a threat to a judge, but the attorney’s statement to police is now missing from evidence.  The risk warrant she obtained against Taupier was ultimately thrown out in criminal court.

At no time has there been a prospect of Taupier being committed for mental illness or incompetence, nor is there, objectively, any justification for deeming him a danger to himself or others.  In spite of the absence of these factors, he has been subjected to the following: violent arrest; a SWAT team with 75 officers and two armored vehicles invading his home; confiscation of his guns (he collects and restores them); a $750,000 bond; ankle bracelets; home confinement; loss of his job; and loss of even visitation rights with his children.

Timing – see the full story at the link – certainly suggests that the risk warrant was obtained as a tactic in the divorce and custody proceedings.

None of this is mandated by the law, of course.  It is made possible by the law – in this case, Connecticut’s risk warrant law – and citizens then depend wholly on the good faith of the law’s administrators, without meaningful protections for the gun owner’s civil rights.  And that’s the point.

Edward Taupier has been vindicated by the criminal court that threw out the risk warrant served against him.  But that has done him no good.  It hasn’t restored to him the months, if not years, of time he is losing with his children, nor has it restored the job he lost or the thousands of dollars he will never get back.

He is being treated worse than a criminal: suffering the losses a criminal suffers, but with no one dedicated to protecting his rights.  From the standpoint of his quality of life, he’d almost be better off now if he had committed a crime.

Now contrast this with recent moves to effectively ignore or even decriminalize actual gun crimes: namely the unlawful possession of firearms, primarily due to theft.

The first move was made by the voters of California – or, at least, by the 4,166,527 people who voted “Yes” on Proposition 47 in November 2014.  Prop 47 reclassifies a list of felonies as misdemeanors, and one of the felonies on the list is theft of a firearm with a value less than $950.  Effectively, that means, as outlined in the sheriff’s department press release cited here, that the theft of most firearms will no longer be a felony, but only a misdemeanor.

The purpose of Prop 47 was to reduce felony convictions and thus relieve the current strain on the state prison and justice systems.  Even where misdemeanors carry prison time, most sentences will not include it.

This certainly puts in perspective the gun-restriction arguments about how terribly dangerous guns are.  Guns are so dangerous that the state must maintain an expensive infrastructure to confiscate them from law-abiding, registered owners.  But if a gun’s market value is less than $950, and someone steals it – demonstrating thereby a criminal mindset – the expense of deterring that sort of offense with meaningful penalties isn’t worth it to society.

The second move was made last week by the Obama administration, when it published its priorities for processing illegal-alien offenders for deportation.  This is an administration that works tirelessly to restrict gun rights for law-abiding citizens.  But when it comes to deporting illegals, actual gun offenders are not a priority.  (Italics in original.)

Priority Two offenders, whose cases are less urgent than criminals in Priority One, include the following:

aliens convicted of a “significant misdemeanor,” which for these purposes is an offense of domestic violence; sexual abuse or exploitation; burglary; unlawful possession or use of a firearm; drug distribution or trafficking; or driving under the influence; or if not an offense listed above, one for which the individual was sentenced to time in custody of 90 days or more (the sentence must involve time to be served in custody, and does not include a suspended sentence)

The guidelines say Priority Two aliens “should” be removed — not “must,” as with Priority One — unless they qualify for asylum or there are “factors” indicating the alien is not a threat. It’s a significantly lower standard than Priority One.

It will be interesting to see what kinds of “factors” indicate a convicted alien gun offender is not a threat.  It should be illuminating to compare them with the circumstances of the risk warrant served on Edward Taupier – or the confiscations undertaken in California based on APPS, using SWAT forces against the homes of the law-abiding.  I’m betting that what we’ll see is gross inequality before the law:  law-abiding citizens treated, without probable cause, like criminals, while actual convicted offenders are left to go free, ignoring whatever casual monitoring they are assigned as a hand-wave. 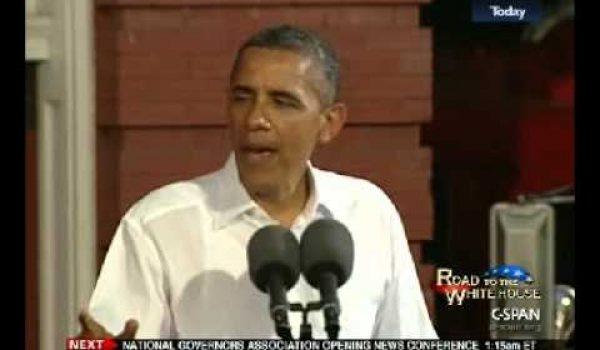