There is no escaping the tragedy. A 12-year-old is dead, shot by police outside a recreation area in Cleveland after they mistook his “airsoft”-type replica gun for an actual semi-automatic pistol, his gesture as an actual threat. But beyond the family’s grief, is there more to build on? Sadly, you can count on it.

First, there is the issue of guns, which is a lightning rod in any story where a shooting occurs. Then there is race: The young victim, Tamir Rice, was black. Add in the third element — he was gunned down by police, even as the nation holds its collective breath over the grand jury decision in Ferguson, Mo. — and you have the makings of a perfect storm.

Cleveland NBC affiliate WKYC reports that the incident began with a 911 call to police, advising that someone was “waving around a gun” outside the Cudell Recreation Center Saturday. “He’s sitting on the swing and keeps pulling it in and out of his pants, and pointing it at people,” the caller continued. “He’s probably a juvenile, you know.” Police dispatched to the scene say that as they approached, Rice reached into his waistband for the gun. They opened fire, striking the child in the midsection. He died of his wounds Sunday at an area hospital.

WKYC notes that “friends and family brought posters, candles and teddy bears to the area Sunday.” But there was scarcely time to mourn the dead before the anger and accusations surfaced. An individual “who lives nearby” identified as Kerby Williams told reporters:

I went to church today and I said a prayer for him and, as soon as I come home, he’s dead. It makes me mad I’m pissed off I can’t be angry at the cop because he came in with only half the story.

Jeff Fullmer, president of the Cleveland Police Patrolmen’s Association, provides the other half”

The officer had no clue he is a 12-year-old. He had no clue it was a toy gun, he was kind of shocked. He was concentrating more on the hands than on the age. It’s not go shoot a 12-year-old with a good fake gun. It’s not that scenario at all. This is a compassionate officer.

There were two officers on the scene at the time of the shooting. Both have been placed on administrative leave.

Friends of the family are now demanding to know why the police didn’t take a less deadly approach, using a Taser or aiming for the legs. Fullmer responds:

We are not coming to a male with the gun with our Tasers out; we’re coming to a man with a gun with shotguns or rifles out. You shoot someone in the leg and that’s a real gun they’re going to fire another ten rounds at you.

By the family’s attorney, Tim Kucharski, says his clients are not going to rely alone on what the police say, adding:

We are going to conduct our own investigation. We are going to talk to witnesses. We will get all the 911 tapes, the radio dispatch records as to what was said to the police, what the officers knew and then after we have conducted a thorough investigation we will make a determination after talking with the family with what we will proceed with legally at that point.

Regardless of what either investigation turns up, this story is just beginning. Stay tuned.

Criminals really will be the only ones with guns
Next Post
WaPo fact-checks SNL; has paper of record never heard of satire? 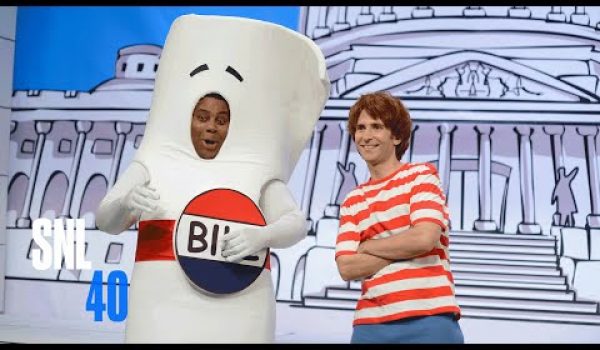