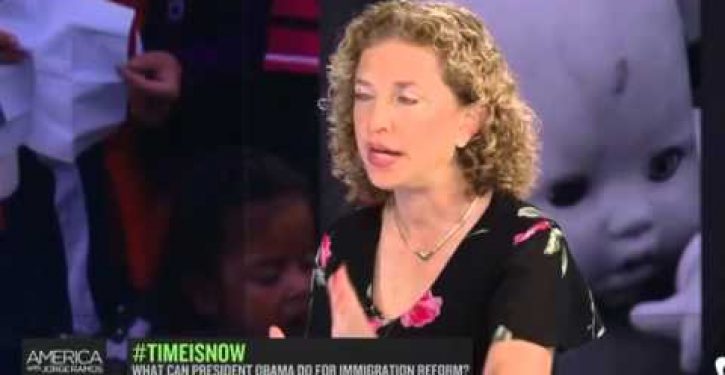 DNC Chair Debbie Wasserman Schultz claims that bigotry is “deeply embedded” in the Republican party. Her proof? It’s that they don’t support illegal immigrants — who, by the by, are the ‘backbone of our economy.’

Let me repeat that so it sinks in. She is not just saying that immigrants are the backbone of economy. It’s illegal immigrants she is championing.

During an interview with Fusion’s Jorge Ramos, Wasserman Schultz claimed that Republicans were playing politics by reuniting these children with their families in their home country, saying it amounts to “certain death.”

Watch the inflammatory rhetoric below:

Aside from the incendiary hyperbole typical of a Wasserman Schultz interview, her claim that Republicans wouldn’t provide illegal immigrant children with assistance is patently and demonstrably false.

Earlier this month, the House of Representatives passed a $694 billion border bill that would provide additional border security measures, along with temporary housing and humanitarian assistance to unaccompanied children.

It was a bill Republicans called humane, effective, and expeditious.

The people who denied that assistance to the children were Harry Reid in the Senate who refused to consider it, and President Obama who vowed to veto it should the bill reach his desk.

It would appear that “appalling bigotry” comes from the left side of the aisle.

Cartoon of the Day: Obama’s view of evil in the world
Next Post
Like bro, like sis? Sister of Tsarnaev brothers accused of making bomb threat (Video) 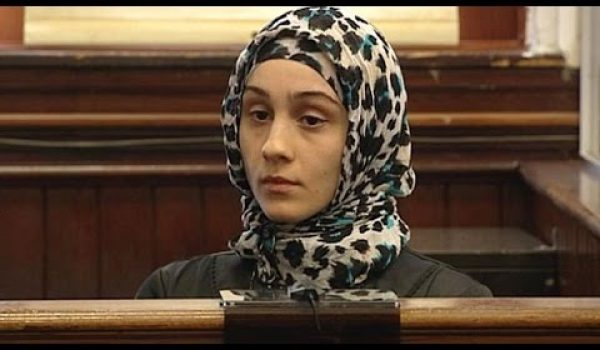