The bill, AB 1912, “The President Barack Obama Curriculum Act,” was introduced by Assemblyman Chris Holden, a Democrat, whose office said in a statement:

President Barack Obama will take his rightful place in California textbooks under legislation signed today by Governor Jerry Brown. AB 1912 authored by Assembly member Chris Holden (D-Pasadena), will be the first step toward acknowledging President Obama’s legacy for generations to come. The measure enjoyed overwhelming, bi-partisan support as it made its way through the legislative process this year.

A concern that the Obama presidency “not be relegated to a footnote,” led to the bill’s introduction, Holden said.

“We want to make sure that future generations understand that the election of our nation’s first African American President was a historic step in the effort towards equality and that previous elections involved intimidation and violence that prevented millions of African-Americans from voting,” Holden said.

AB 1912 asks the State Board of Education and the Instructional Quality Commission to include the significance of President Barack Obama’s election in the state’s history and social science standards for grades seven to twelve.  The state’s history-social science standards haven’t been revised in nine years due largely to the state’s fiscal crisis.  The next review and adoption of instructional materials will not take place until the 2015-2016 school year.

“Just 145 years after the signing of the Emancipation Proclamation, and only a generation removed from the civil rights struggles, President Obama’s election represented the moment when all things seemed possible,” concluded Holden.

This is a continuation of California’s practice of using U.S. history education to promote political correctness. Three years ago, Brown signed into law a bill requiring that “gay history” be be made a part of the curriculum.

“History should be honest,” Brown said of the law, according to CNN.

Indeed it should–but more than that, what’s being taught as “history” should also be significant.

Apparently U.S. students are unfamiliar with the famous paraphrased aphorism, “Those who cannot learn from history are doomed to repeat it.” That’s because a new report shows that students anywhere from high school to fourth grade are solely lacking in their knowledge of American history.

Perhaps if schools returned to teaching those events that are truly significant in American history, students’ knowledge of the subject might actually return. Arguably, the only thing significant about the Obama presidency is its insignificance. 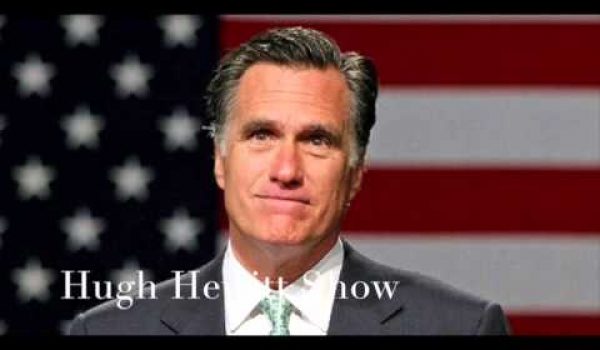 Mitt Romney opens door to possibility of a third run for president in 2016 (Audio)
Next Post
Cartoon of the Day: Obama’s view of evil in the world