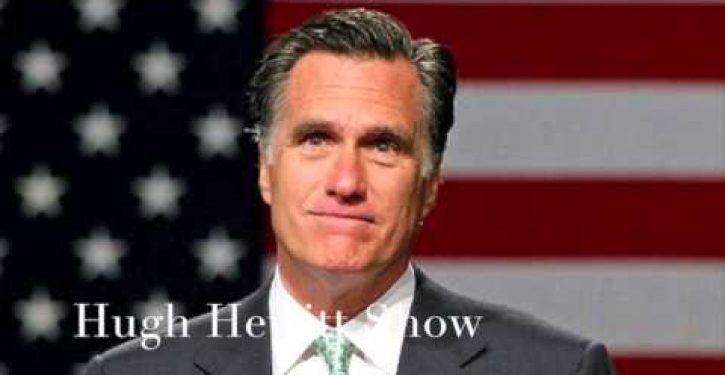 In an interview with conservative radio host Hugh Hewitt, former Massachusetts governor and 2012 GOP presidential nominee Mitt Romney intimated that, even though he not running now, “circumstances can change.”

Keith Koffler writes at White House Dossier that updated his “I’m not running” stance, making clear that he wants to get in the race. His only reason for holding back, he further indicated, is his belief that there are others on the Republican side better positioned to beat Hillary Clinton.

Romney added that he had actively considered a run and wouldn’t rule out the possibility of reversing his current position:

This is something we gave a lot of thought to when early on I decided we’re not going to be running this time. And again, we said look, I had the chance of running. I didn’t win. Someone else has a better chance than I do. And that’s what we believe, and that’s why I’m not running. And you know, circumstances can change, but I’m just not going to let my head go there.

The audio of the interview follows: