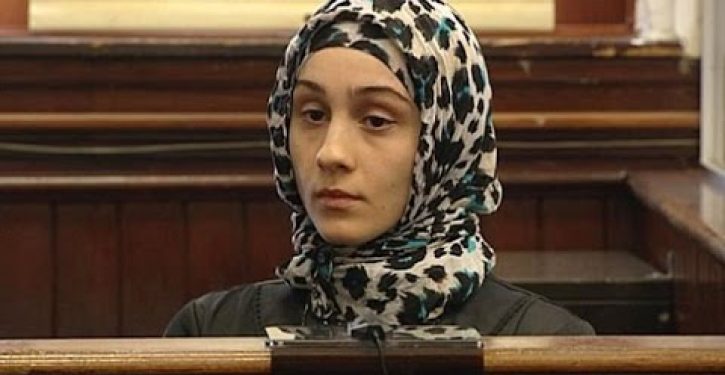 The New York Police Department confirmed that the sister of the Boston Marathon bombing suspects turned herself in to authorities Wednesday and was arrested after allegedly making a bomb threat of her own.

Ailiana Tsarnaeva, 24, was taken into custody for allegedly threatening her boyfriend’s 23-year-old former girlfriend, according to CBS News.

“I know people who can put a bomb on you,” she reportedly said.

Tsarnaeva is the sister of Dzhokhar and Tamerlan Tsarnaev, the suspects in the April 15, 2013 Boston Marathon bombing that killed three and injured an estimated 264 others, many seriously, when two bombs were detonated near the event’s finish line.

She was taken into an NYPD precinct in Harlem, and charged with aggravated harassment. Tsarnaeva was also given a desk appearance ticket and is due back in court Sept. 30, police said.

The woman she allegedly threatened previously had a romantic relationship with Tsarnaeva’s boyfriend, The Associated Press said.

Last year Tsarnaeva appeared in a Boston court on accusations of misleading an investigation into the recovery of a counterfeit bill. Prosecutors said she was not accused of passing the bill, but knew members of the group that did and “lied about certain salient facts during the investigation,” according to the AP.

A judge agreed to remove a default warrant against her and released Tsarnaeva on $1,500 personal recognizance in that case.

The elder of the brothers in the Boston bombing case, Tamerlan Tsarnaev, died from injuries after being run over by his brother Dzhokhar Tsarnaev while escaping from a gunfight with police.

Prosecutors are seeking the death penalty against the surviving brother, who awaits trial on charges stemming from the deaths and injuries from the bombing, as well as for the shooting death of a Massachusetts Institute of Technology police officer.

When the Tsarnaeva arrest was reported Wednesday evening, social media exploded. Here are a few examples:

@mattdpearce Of all the options available to threaten someone, this is your move???

Check out more tweets compiled by the Twitchy team. 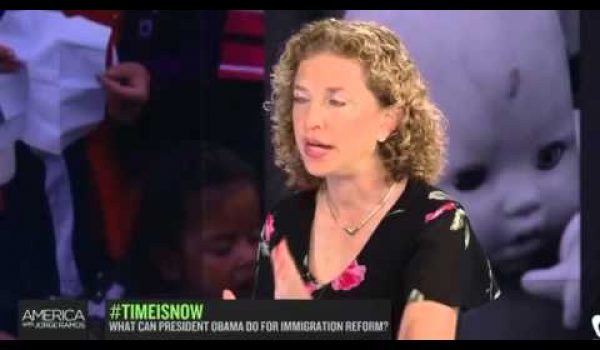