In a video posted on the 2 Million Bikers to DC Facebook page, the founder and president of Shield Tactical, John W. Harrington, appealed to Americans to support the release of Sgt. Andrew Tahmooressi by taking part in a ride scheduled for July 4th weekend.

As reported at the Examiner, Harrington led a group from Shiner, Texas to Tombstone, Ariz., in the effort to “ultimately free Marine reservist Sgt. Andrew Tahmooressi, who served two combat tours in Afghanistan and has been held in a Mexican prison since the beginning of April on weapons smuggling charges.”

The patriots, with the support of the 2 Million Bikers to DC and Riders USA groups, were “followed by the mainstream media,” asserted Harrington, but only because they were anticipating violence from the group, which never occurred. He said, “Don’t expect them to cover us again,” indicating that the only reason the bikers were followed was to capture bad behavior.

The bikers will be regrouping and working behind the scenes to ultimately convince Mexican officials to release Sgt. Andrew Tahmooressi. Harrington explains that another rally is planned on July 4th at the San Diego Harley Davidson, and a ride is planned for July 5th.

“We need twenty to thirty times what we had today to be effective,” Harrington explained. “You did great things, you all did great things over the last week…I can’t tell you how proud and humbled I am by you…I’m in awe…of how you have been able to come together…”

“I’m calling on you – I know that you are weary, I know you have been fighting…but I need you. We’ve got twenty days…We are going to ride no matter what…It’s up to our ‘leaders’ to determine what kind of a ride this is. It can be a ride of celebration and solidarity with citizens of Mexico who are also suffering under – just a ridiculous government, just like we are. Or it can be a ride of a much, much different nature. And our numbers – our numbers will speak. And you will hear us across the world because this is America. We are American citizens. This is the greatest nation in the world…”

Despite the support received already, more needs to be done as Sgt. Andrew Tahmooressi still sits in a Mexican prison.

Harrington said that if Sgt. Andrew Tahmooressi is freed before the ride, “He can have my motorcycle, he can ride with us and we will celebrate.” If Tahmooressi is not returned home, Harrington said, “Well, that’s a bird of another color.” He continued, “Don’t think for a second that we are going to stop thinking about this…”

Harrington decided to make the trip, even if he had to go it alone, because he believes that the Marine is held under false pretenses. Despite the spin from the mainstream media, Tahmooressi has been consistent in his claim that he was forced back into Mexico after passing the last exit that would have kept him in America. Additionally, as Harrington pointed out, Tahmooressi had three weapons registered in his name, making him an unlikely candidate for smuggling weapons, which are illegal in Mexico.

Despite the fact that citizens are not allowed to own guns, Mexico’s “‘gun homicide’ rate is almost triple that of the United States.”

The San Ysidro border crossing is described as “the busiest border crossing in the world” at Fox News Latino. One commuter was quoted in the article as saying “…once you pass the last U.S. exit, if you’re in the right lane, there is no way to get over to the far left lane to make a U-turn back to the U.S.,” he said. “You have to go through to the border.”

Harrington said, “All of you who emailed me from Florida, from Wisconsin, from Idaho, from Ohio – all of you who said you wanted to be here, well now is your chance.”

“We ride on the fifth from San Diego. We will get our Marine back,” he said. 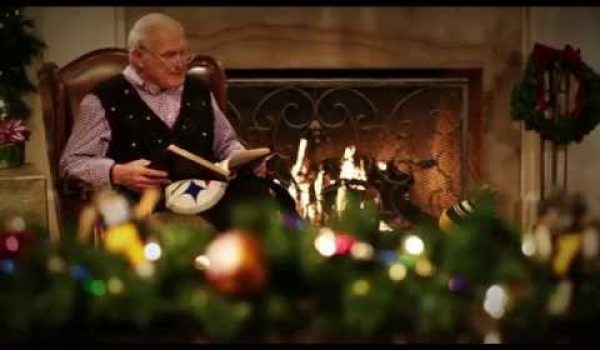