In February, CNN reported that “U.S officials strongly objected to the release of men who they said pose a threat to security forces and civilians. The group included an alleged Taliban explosives expert, a suspected Haqqani network commander and a specialist accused of building and placing improvised explosive devices.”

“These individuals are dangerous…They pose threats to the safety and security of the Afghan people and the Afghan state.”

Karzai, by the way, was kept in the dark over the prisoner transfer. Secretary of State John Kerry “briefed” him on the day of the transfer, according to a press release.

During a press conference yesterday, Harf did not seem too worried about the release of the Taliban prisoners. She would have made White House Press Secretary Jay Carney proud with how she handled questions about whether or not the newly freed prisoners would be in custody or free to roam.

Here is an excerpt: Excuse the length:

Here is a part of the exchange:

QUESTION: Can you explain to me how this deal to free five Guantanamo detainees does not set up the Taliban to be a power broker?

MS. HARF: Explain to me how it does.

MS. HARF: I don’t. I would disagree with the premise. Look, we’ve said that in Afghanistan the process forward here needs to be Afghan-led reconciliation, Afghans talking to Afghans, between Taliban, between the government. We’ve long talked about that being the path forward here. The bottom line here is they had an American citizen – an American serviceman – in captivity for five years. And as you heard the President say today, we have a responsibility to bring these people home. We had a short window here. This is the situation that we were able to undertake to get him home.

QUESTION: And is there a reason your counterpart in the Taliban issued statements rejoicing about the freeing of these prisoners?

MS. HARF: I don’t think that I want to comment on my counterpart in the Taliban.

QUESTION: — on the detainees that were released to Qatar, can you talk a little bit more about what gives you the assurances that these Taliban will not re-enter the battlefield? Our understanding is that they are not under any kind of house arrest, that they’re able to move freely without – within the country. And so what gives you that —

MS. HARF: Yeah, so a couple points on that. The first – and the President spoke about this today as well – but the first is, obviously, we’re not going to get into the specifics of the agreement. But this is an agreement between the head of the Government of Qatar and the President of the United States, a very high-level agreement about working to mitigate the notion that these five guys will be able to return to the battlefield.

So we always undertake a threat assessment, we attempt to mitigate that in the best way possible. In this case, we certified that we had mitigated sufficiently that risk because of the assurances, again, given at the highest levels of the Qatari Government to the highest levels of our government. And the President spoke to it today where he said, and I quote, “We’ll be keeping eyes on them.”

Is there a possibility some of them trying to return to actions that are detrimental to us? Absolutely. There’s always that possibility with everyone we release from Gitmo, but we would not have undertaken this if we did not believe it was in the national security interest of the United States to do so, period, starting with the President and the Secretary on down.

QUESTION: And some of the detainees that have left to go to their – to be expatriated to third countries or to go to their home countries have been put under some kind of house arrest or under detention —

MS. HARF: We’re not going to get into specifics —

QUESTION: — are they able to roam free throughout Qatar?

MS. HARF: We’re not going to get into the specifics of what the agreement with Qatar looks like in any way.

QUESTION: Do you still consider them for the next year or however long – can you say how long this agreement is in effect?

MS. HARF: I’m not going to go into the details of their situation in Qatar in any way.

QUESTION: What about some kind of rehab center? The Administration has spoken about that for Yemenis going —

MS. HARF: No details on this case specifically.

QUESTION: But you can say they’re under strict restrictions.

QUESTION: And – sorry. And after the year, it’s not clear yet whether they’ll be able to return to Afghanistan or not?

MS. HARF: I don’t have any more details about what the agreement looks like. As we said, we received sufficient assurances from the Government of Qatar that mitigated the risk here and that we believe led to the fact that we would be able to bring our one American POW in Afghanistan home. The President said very clearly yesterday there’s always a risk. But we have all of these guys in Guantanamo Bay; we need – we have said it is our goal as an Administration to close the prison in Guantanamo Bay. That’s why we take a very – in some cases – very slow, methodical look at who we release, where we release them, and what the restrictions are in place.

Watch this segment discussing the terrorists from ABC News: 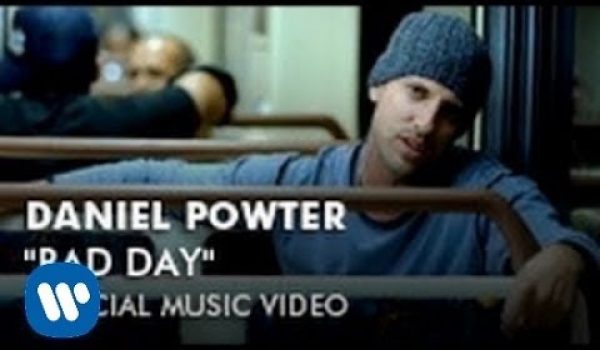 Bergdahl’s ballet teacher rationalizes desertion: He ‘had a bad day’
Next Post
Hailey, Idaho cancels ‘Bowe is Back’ event