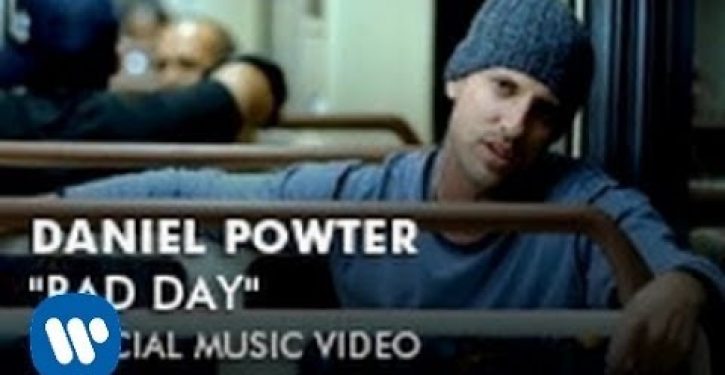 “And yes, he did walk off the base, so by technicality, that does make him one [a deserter], but…”

As the Canadian singer-songwriter and pop music one-hit wonder Daniel Powter once crooned to the world,

‘Cause you had a bad day,
you’re taking one down,
you sing a sad song
just to turn it around.

Ironically, the family name of the British Columbian tune-smith along with the title of his only hit could be the reason why Bowe Bergdahl’s former roommate and ballet instructor gives him the benefit of the doubt regarding why more than a few of his former comrades in arms accuse him of desertion in the face of the enemy, as reported by Fox News.

Sherry Horton, the artistic director of Ketchum, Idaho’s Sun Valley Ballet, was interviewed by host Sean Hannity of the eponymous Fox News program, where she told of her past relationship with accused deserter Bowe Bergdahl. She explained that prior to Bergdahl’s signing up for the Army, she was not only his roomie but also his ballet instructor. By all accounts, the Army sergeant was quite the ballet aficionado, taking professional lessons from his late teens to his mid twenties.

When queried as to her reaction to Bergdahl’s expression of shame at being an American, a loyal Horton retorted:

I’m not sure any American, any person in general, has ever been 100 percent satisfied with their job and not had a bad day where they have said they wanted to quit, they wanted to kill their boss, they wanted to do whatever. You know, we all have those days on our job, and that’s basically what his was.

When pressed by the show’s host on whether she believed the many soldiers who now claim Bergdahl was a deserter, she responded, “You know, I can have an opinion and say what I want, too. And yes, he did walk off the base, so by technicality, that does make him one, but…”

Sun Valley Ballet has honored Bergdahl as as an alumnus of the dance troupe by means of a photo gallery on their official website. It is still to be determined whether the former guest of the Taliban participated in any of Sun Valley Ballet’s much touted performances, which include the Christmas classic The Nutcracker, as well as other “full-length ballet from our expanding repertoire including; Cinderella, Beauty and the Beast, Alice in Wonderland, Snow White, The Wizard of Oz, and The Little Mermaid.”

Picture of the Day: Surrender without honor
Next Post
Flashback: State Department objects to release of Taliban prisoners