Today the Supreme Court refused to immediately revive Biden’s $500 billion student loan forgiveness plan, which a Texas judge had ruled was illegal, and the federal appeals court in St. Louis has temporarily blocked. But it agreed to the Biden administration’s request that it hear an appeal of the federal appeals court’s decision, in an order in Biden v. Nebraska. That means the Supreme Court will rule on at least one of the legal challenges to the Biden Administration’s student loan forgiveness policy.

The Clerk is directed to establish a briefing schedule that will allow the case to be argued in the February 2023 argument session.

The Biden Administration had asked the Court to vacate the injunction entered by the U.S. Court of Appeals for the Eighth Circuit (the federal appeals court in St. Louis). The Supreme Court denied that request.

But in its application for a stay, the Biden administration also suggested the Court could treat the application as a petition for certiorari presenting the following to questions:

(1) whether respondents have Article III standing;

(2) whether the plan exceeds the Secretary’s statutory authority or is arbitrary and capricious.

The Biden administration might win on the issue of whether the states challenging Biden’s plan have Article III standing to challenge it as illegal. Just because something is illegal does not necessarily mean that a state has legal standing to sue over it.

But the Supreme Court likely won’t say the plan is legal, nor will it likely disagree with the Texas judge that it is illegal. As law professor Jonathan Adler states, “If the justices conclude the plaintiffs have standing and reaches the merits, I would think the Biden Administration faces an uphill battle to save this initiative (and that this would be true even without West Virginia v. EPA adding the major questions doctrine to the mix).”

The Biden administration has attempted to forgive $10,000 or $20,000 in student loan debt for many borrowers, at a cost to taxpayers of  $500 billion. In addition to that $500 billion student loan bailout, Biden also is changing income-driven repayment plans in ways that will spur colleges to raise tuition and stick taxpayers with the tab. Biden’s changes “will make college much more expensive” for taxpayers and many students, reports Reason Magazine.

Lawyer Thomas Berry of the Cato Institute explains in detail why Biden’s $500 billion student loan bailout is illegal. Other observers have said that Biden’s plan is illegal. As the College Fix notes, “An analysis from the Texas Public Policy Foundation concluded that an executive order bailout is likely illegal. Alan Dershowitz, professor emeritus at Harvard Law school, has also said that a student bailout through executive action would be illegal.” 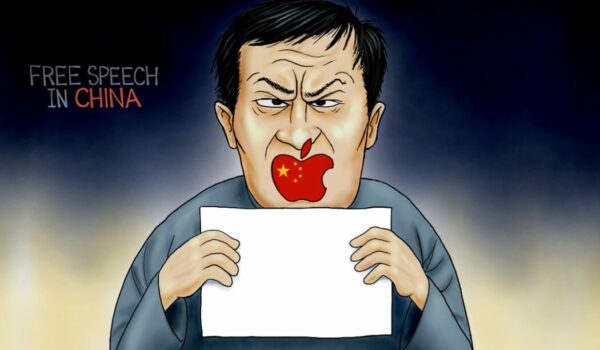