The mainstream media blew the whistle, and the dogs came running.

But what happened next is what will matter.  Across the blogosphere, conservative commentators lost their fear of the dreaded “racist!” allegation.

Speaking for myself, I realized, as I was typing up my last post, that I simply don’t care if the mainstream media want to call me a racist.  They’ve overplayed their hand.  I’ve never accepted them as the arbiters of what is and isn’t racism anyway.  But 48 hours ago, I still felt a need, at least on some occasions, to argue the point.

Then we witnessed the spectacle of leading conservative pundits and Republican politicians fleeing in disorder – fleeing with screeches and bleats – from a manipulated soundbite waved triumphantly by the MSM.  It was like vampires cringing before a crucifix.  Frankly, they should be ashamed of themselves.  Their precipitate retreat was out of order – as proven by the stand in place of bloggers, online radio hosts, and their army of readers and commenters.

Slowly but surely, context and fact began to come out.  It turned out that in the same interview edited (deceptively) by the MSM, Cliven Bundy had spoken supportively of the civil rights and human interests of the black residents in the riot-plagued Watts neighborhood.  The MSM left that part out.  His comments, taken in toto, showed that he applauds the progress made in race relations, and what he despises is the patterns of welfarism, which he thinks come from federal programs, not from something that’s wrong with black people.  This puts him in company with black leaders like E.W. Jackson, Allen West, J.C. Watts, and Mia Love, as well as distinguished economic philosopher Thomas Sowell, economist Walter Williams, and best-selling author Larry Elder, among others.

Bundy also thinks Mexicans are awesome people and America needs more of them.  Hardly the sentiments of a “racist.”

Next, black commentators who have personally interacted with Bundy began reporting that he’s not only not a racist, he’s a superb man, a stand-up guy, someone they’d take a bullet for.

It’s quite possible that more testimonials in this vein will emerge in the days ahead.  I’m happy for Mr. Bundy in that regard.  It doesn’t sound to me like he deserves to be defamed in the hearts of honest people.

But from a larger perspective, two separate, game-changing things have been clarified.  One is just how beside the point the whole manufactured racism flap is.  There were too many of us who couldn’t be made craven and inarticulate by it.  It’s over, MSM.  You’re talking to yourselves – and you look like a crazy drug addict on a street corner doing it.

The other thing that’s been clarified is the mindset of our conservative leaders, and the fear triggers that drive them.  They’re still scared.  The weird silence about this that has settled over the Fox News commentators is like a directive from the Borg collective.  Most of the establishment conservatives seem to be prepared, quite literally, to shut up about one of the most important issues facing the republic, and lose this battle for America’s future, rather than face being associated – by people whose views are already antithetical to theirs – with Cliven Bundy.

How lame is that? – as my nephews and nieces like to say.  It has been eye-opening for me, at any rate.  I suspect at least some of them were ready to assume the worst about Bundy, without further investigation or the benefit of the doubt, because he’s an old rancher with a country accent in faded work clothes.  Now, that’s prejudice.

Many of these conservative leaders have done admirable service to the nation and the cause of liberty.  But they don’t belong in charge anymore.  At a critical point of decision, they completely misread the conditions in the battle-space, and misjudged what our priorities should be.  We can’t agree to let them make that mistake on our behalf again.

I wish them a peaceful and honorable retirement.  And I want to thank the MSM, starting with the New York Times, for bringing us this moment of clarity, and of intellectual and political independence.  Don’t let the screen door hit you on the way out. 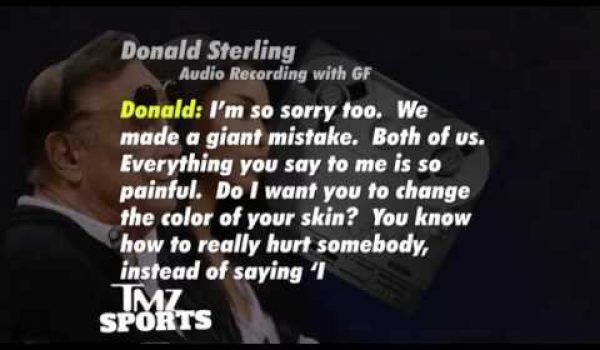