The condescending remark, “watch the President greatly curtail deportations…” is quite offensive, as it implies that Obama’s push to limit deportations is somehow a punishment for those who resist enacting more immigration legislation.

Schumer, one of the leading Democrats in the Senate after Senate Majority Leader Harry Reid, doubled down on his statement on Twitter,

The comments on Schumer’s Facebook post reveal that Americans are not too enthusiastic, with one person saying,

“How about the choices YOU have, Senator? You can either honor your oath to uphold and defend the Constitution…even against a president you like…or you can resign and let someone who actually has principles and honor to take your place.”

Another says, “This is not how you grow our economy. It is however a way to increase your voter base. Only a fool would think otherwise,” another says, “It’s the Economy stupid..fix it first then enforce the laws YOU have already passed then we can talk about legalizing the people who are here….” and yet another remarks, “Wow. I’m old; I can remember when Democrats were FOR rule of law…”

The Senator starts with the false premise that there are “only two choices” in handling the immigration debate. He does not give the obvious option of enforcing existing laws, nor did President Obama on Thursday, who “expressed his strong desire to work together to put pressure on Congressional Republicans to pass bipartisan comprehensive immigration reform as soon as possible,” according to a White House Press Release on Thursday.

For those who call for a “path to citizenship,” it already exists and is known as “Naturalization.”

Neil Munro of the Daily Caller pointed out on Friday that Schumer “is the driving force behind the Senate immigration bill, which would grant green cards or work permits to at least 11 million illegals, 20 million new immigrants and 10 million guest workers during the next decade.”

Despite the White House attempt to appease radical groups pushing for amnesty, Munro notes that “enforcement is already at a very low level.”

“In 2012, for example, the Obama administration deported only 0.2 percent of the roughly 11.7 million illegals for violating immigration law. He also distributed work permits to more than 500,000 illegals during 2012 and 2013, despite high unemployment rates among Americans.”

Importantly, the deportation numbers include those illegal immigrants thwarted at the border, which clearly should not be counted as deportations. In 2013, 133,551 people were deported “from the interior” of the United States, and of those, a whopping 82 percent were convicted of a crime during their stay in America, according to an ICE report. It is unknown how many may have been criminals from their respective countries.

The number of illegal immigrants residing in the United States is anywhere from 11.5 million, according to the Department of Homeland Security in 2011 up to 20 million, as claimed by the the National Association of Former Border Patrol Officers, Inc.

According to a Gallup Poll published in December, only three percent of Americans believe immigration is the “most important problem” facing America, while 21 percent cite “dissatisfaction with the government,” and 19 percent citing the “economy in general.” Senator Schumer and his ilk clearly have misplaced priorities. 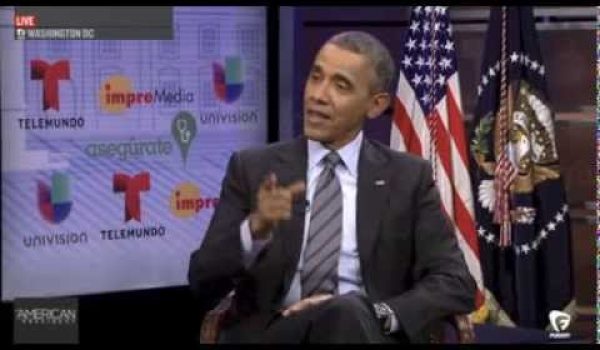