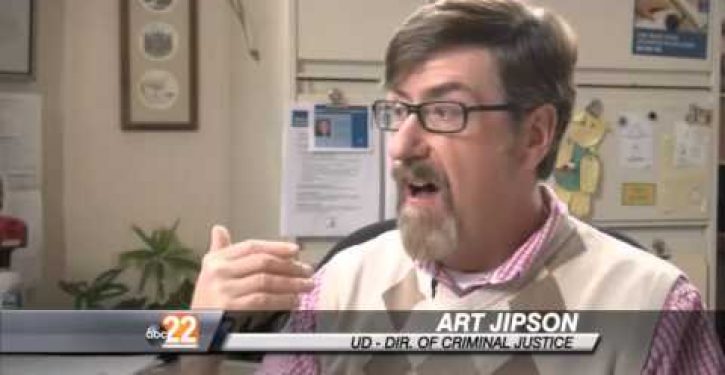 Some will take it is a sign that God was watching. A municipal bus driver in Dayton, Ohio, who was stabbed and shot at twice early Monday, likely escaped death thanks to a Bible he keeps in a jacket pocket over his heart.

The attack occurred around 5:20 a.m. after the driver, 49-year-old Rickey Wagoner, pulled to the curb to investigate an electrical problem. By all rights, the bullets that three young miscreants pumped into Wagoner’s chest at close range should have killed him.

Wagoner is still recovering, but police have turned their attention to the motives behind the would-be murderous attack. ABC 22 in Dayton reports that one of the three assailants was heard to say, “If you want to be all the way in the club, you have to kill the polar bear.”

“Polar bear hunting” is an alternate name for the “knockout game.” If the relevance of polar bear is lost on you, think color. Think specifically, “polar bears are white.” Rickey Wagoner, shown at the right, is white.

And all three of his would-be killers are black. Do the math.

Art Jipson, director of the criminal justice program at the University of Dayton, told reporters:

You’re choosing a victim you think meet a certain requirement. So it might be that they’re light skinned. In some cases we’re seeing people chosen because of the perception of their race or their skin tone or skin color. Color seems to be tied to it and perceptions of skin tone are definitely tied to that.

Jipson added, “Now whether that’s active racism, we’d have to talk to the offenders themselves.”

Marlon Shackelford urges caution when making presumptions about race in cases like this. Shackelford is with a group called Omega Street Advocates, which works with teens and young men on the streets of the city. “I think it’s a big mistake when you hear polar bear hunting to make an assumption,” he admonishes, adding:

It scares the community. One of the things you don’t want to do is scare a community. Now you got people thinking now ‘Wait a minute, it’s us against them,’ and we don’t need that here in Dayton, Ohio.

In the yet-to-be-written 21st-century history of race relations, Shackelford is what will be known in operant terms as a “knockout apologist” (see also “knockout denier”).

So far, no arrests have been made, and Dayton Police have not said whether they believe the attack was racially motivated.