In his campaign for re-election, New York Gov. Andrew Cuomo flat-out lied when he told Fox Business News yesterday that the federal government was behind TV ads produced using funds earmarked for victims of Superstorm Sandy  The ads, which were supposedly designed to spur tourism after the storm struck, amounted to little more than free publicity for Cuomo’s business economic plan.

Cuomo’s appearance was a reaction to Republican challenger Rob Astorino, who has criticized Cuomo for stealing “$37.5 million from hurricane relief funds for his own TV commercials.”

Cuomo insisted that the federal government that was responsible for the ads. He added that the criticism was nothing more than “political baloney.”

Asked directly if he used Sandy victims’ money for TV ads, he said: “Of course not. We ran ads; the federal government, part of what they did for affected communities afterward was ran commercials to spur tourism in the areas that were affected. In New York, the waterfront was devastated, so we were trying to promote people to go back to the waterfront communities because they had been built. But that has nothing to do with politics.”

Cuomo at first laughs off the suggestion that he used Sandy aid to run his ads but fails to answer the charge. Then, after being questioned a second time, Cuomo says “of course not,” before hurriedly clarifying.

You get a sense during the segment that he knew the statement was false and had to quickly backtrack a bit before passing blame off on the feds.

The interview can be heard below, with the relevant portion coming at about the 5:40 mark.

Deflection toward the feds will not work, however.

A New York Times article in 2013 indicates that the man behind the ad campaign, Harvey Cohen, was the ad man for the Governor’s father, Mario Cuomo.  The report also indicated that “the state expanded the ‘Open for Business’ campaign, using $40 million from the federal aid package intended to help New Yorkers recover from Hurricane Sandy.”

The federal government provided the money, but it was the state’s decision to allocate $40 million of the Sandy aid to promote Governor Cuomo’s business plan.  The Empire State Development Corporation (ESDC), led by Cohen, may have sought federal approval to use the money on the ad campaign, but it was ultimately responsible for making that call.

The Democrat and Chronicle reported on the decision making done by the ESDC in developing the ads.

The state said it hired BBDO, a major New York City advertising firm, to create and place the ads. The records showed that the company was paid about $8 million.

The state said the firm was awarded the contract through an open-bidding process that was approved by the Comptroller’s Office.

The state hired the advertising firm, and the contract was awarded through the Comptroller’s Office.

Astorino released a campaign ad in July that attacked Cuomo for allowing the roughly $40 million set aside for victims of the storm to be siphoned off to air election-year, feel-good television ads.

We previously reported that CGI Federal, a company which spectacularly fumbled the Obamacare website, was placed in charge of distributing $1.7 billion in Sandy relief. That was $1.7 billion of a massive $60 billion relief package approved by Congress.

$60 billion in relief for Sandy victims, and Governor Cuomo prioritized his feel-good ads above and beyond the well-being of families still homeless after the storm. 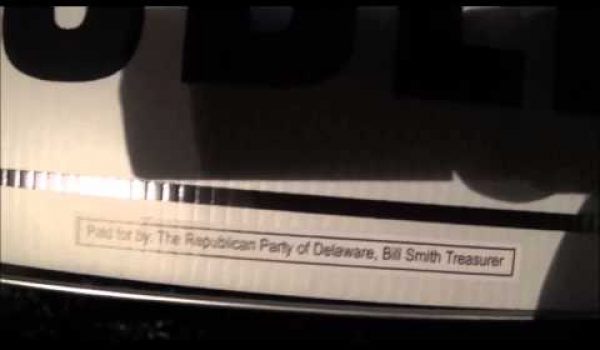