Short answer: When he starts walking the walk. A new meme has arisen among liberals who are beginning to find it difficult to continue to run interference for a president who has failed to make good on most of his promises. Instead of imputing racism to the president’s critics, his acolytes now complain that conservatives are holding Barack Obama to a more stringent standard than his predecessors.

As an example, one regular commenter on LU’s Facebook page (who shall remain nameless) bristles at the notion that Obama has abused executive privilege. “He has passed two more executive orders than Bush signed in two terms,” the man writes by way of defense. Never mind that at his current pace with three years left in his presidency, Obama stands to issue nearly twice as many orders as George W. Bush.

The more compelling difference is that Obama threw down the gauntlet, declaring in 2007:

There’s been a tendency on the part of this administration to try to hide behind executive privilege every time there’s something a little shaky taking place.

If the words aren’t haunting Obama the day after he announced his 27th unilateral change to a law duly passed by Congress, it may be because he is accustomed to “talking the talk” and getting a free pass from the mainstream media.

This has become the defining narrative of his presidency. He preaches equality while he simultaneously makes a more ostentatious show of regal pomp and circumstance than any U.S. president before him. Just yesterday, while strolling the grounds of Monticello with French President François Hollande, Obama quipped, “As a President, I can do whatever I want.” Granted, he was joking, but the trouble is that part of him really believes that. Lest, the irony be lost, he made this statement while standing on the ground of the president who wrote the phrase “All men are created equal.”

But some are more equal than others. After their visit to Jefferson’s beloved home, the president and his guest headed back to the White House for a humble dinner of American Osetra caviar, quail eggs, dry-aged rib with blue cheese, charred shallots, and oyster mushrooms, all followed a chocolate malted cake made with bittersweet chocolate from Obama’s native Hawaii and Florida tangerines.

There was even a serving dish made entirely of sugar. It could be entirely a coincidence that Henry VIII concluded every meal with the same contrivance. Then again, the first lady tweeted out a photo of the family dogs decked out in jewels with the adorable caption “Bone appétit!

Low-wage workers live better in the U.S. than in Europe
Next Post
Global survey of Catholics’ views on abortion misleading 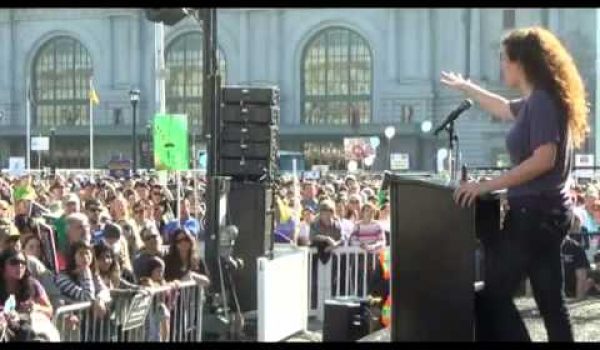