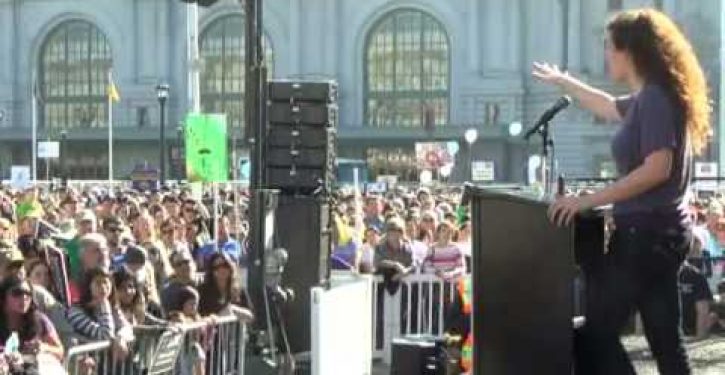 An article by Tara Culp-Ressler of ThinkProgress Monday breathlessly reports that according to a global survey on beliefs of Catholics,

“Sixty five percent of surveyed Catholics said that abortion should be legal in some cases.”

The survey, which was conducted by Bendixen & Amandi International for univision, was of 12,038 self-identified Catholics conducted “in 9 languages, across 5 continents and in 12 countries.”  The survey’s authors also asked other questions about contraception and gay marriage, for example. But the focus here is on their findings surrounding abortion.

Reporting on the same survey, Michelle Boorstein and Peyton M. Craighill of the Washington Post wrote,

“Overall, 65 percent of Catholics said abortions should be allowed: 8 percent in all cases and 57 percent in some, such as when the mother’s life is in danger. “

The findings actually were that 9 percent, not 8 percent, of overall participants said that abortion “should be allowed in all cases.”

Thirty-three percent believed that abortion “should not be allowed at all.”

The spin occurred with the remaining 57 percent, who said that abortion should be “allowed in some cases for example when the life of the mother is in danger.” But Catholics believe generally that if an abortion occurs, even if the abortion could be foreseen, in order to save the mother’s life, such as in the case of removing a cancerous uterus, as discussed here and here, it does not go against the teachings of the Catholic church, which is why this survey should not have used the mother’s life as an example.

The way the Washington Post portrayed the findings was that if someone agrees with abortion only in the case of  saving the mother’s life, the individual is now “supportive of abortion,” when that is obviously not the case.

Of course, it is probable that not all 57 percent would agree that they would only support abortion in the case of the mother’s life being at stake, but with the way the question was phrased, it is impossible to know.

If some of the respondents only supported abortion if it was a result of life-saving treatment for the mother and not in any other case, they would not be in the “supportive of abortion” camp and they would not be going against the teachings of the church.

Since the phrasing of the question was deceptive, intentionally or not, one could just as easily spin the golden 57 percent to say that they do not agree with abortion at all. So, the 57 percent can be added to the 33 percent and the finding could also be that 90 percent of Catholics do not believe in abortion. It would be just as dishonest to spin the results in that direction, however.

Again, the example of the mother’s life at stake should not have been included. If a Catholic said he or she only agreed with abortion in the first trimester, for example, that would be against teachings of the Catholic church and could firmly be put in the “supportive of abortion” column.

As an aside, it is irritating and dishonest to present abortion as only a religious issue.

While Catholics are likely less supportive of abortion in general, many people without religious views see abortion for what it is, “…the outright killing of fetuses, often by chopping them up, crushing their skulls, and otherwise destroying them,” as conceded by renowned bioethicist Daniel Callahan, who was given a grant in 1968 by the Ford Foundation and the Population Council to “examine ethical issues of population control and family planning programs.”

The text of her speech can be found here.

When will the right stop ‘picking on’ Obama?
Next Post
Maryland man says Obamacare ‘killed my little sister’