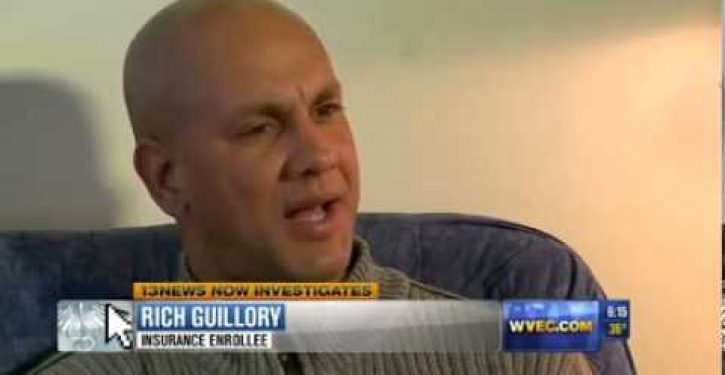 If you build it, they will come — they, in the case of vulnerable websites, being identity thieves. Warnings of Healthcare.gov’s porousness have been ongoing ever since the Oct. 1 rollout. If there is anything surprising about today’s report that visitors to the website have had their personal information compromised it is that it didn’t happen sooner.

The Washington Free Beacon writes that two residents of Virginia, a man and woman, have had their personal information stolen, presumably from the Obamacare website. The man, Rich Guillory, says that the day after he signed up for health insurance at Healthcare.gov he began to receive unsolicited phone calls offering to help him find and purchase health insurance. But the calls did not come from the government, as Guillory explains in an interview with ABC affiliate WVEC:

The second victim, a woman who chose to remain anonymous, said she also received calls and now fears for her safety.

The mystery callers used a technique called “spoofing” on the woman, where it is made to look like she was the one making the calls. “I don’t know what they’re seeing on the Caller ID, whether my full name is popping up or not – I’m not certain, and the possibility of that even, is scary,” she said.

The article quotes Heather Engel, a cyber security expert, who said, “It’s easier than you think, to make it look like you’re calling from a different number than you actually are.” Ingalls said that she believes that intrusion into the Obamacare website could be to blame for the mystery callers obtaining Guillory and the other victim’s information.