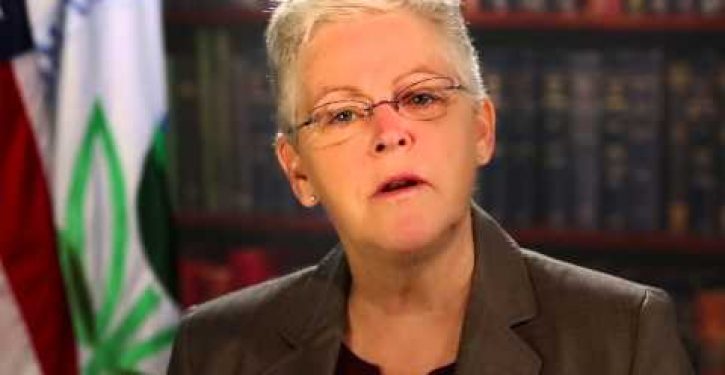 EPA Administrator Gina McCarthy attended an event Thursday at Clark Atlanta University hosted by the Hip Hop Caucus,  a non-profit  501 (c)(4) group that “promotes political activism,” as reported at the Huffington Post. Some of the issues on which they focus are gun control, voting rights and climate change.

As reported at the Brenner Brief, Rev. Lennox Yearwood, president and CEO of the Hip Hop Caucus, “argues often that climate change is the ‘lunch counter moment’ for the younger generation.”

The EPA chief  encouraged black students, who are “most vulnerable to climate change,” to become “champion climate justice advocates” by supporting some of the FDA rules currently being pushed by environmental activists. McCarthy mentioned “greenhouse gas emission standards for new power plants that the agency released last fall, and the rules for existing plants” that are set to be released on June 1.

It is a matter of “equity,” the EPA chief said, as minorities have been “overburdened by pollution and environmental health hazards for far too long…”

“You can’t ensure environmental justice, and we can’t deliver on this president’s promise of opportunity for all,” she continued, “without giving people clean air and clean water and clean land to live on…”

A recorded message from McCarthy is posted on the Hip Hop Caucus website, where she says,

“Pollution is holding back millions of African Americans fighting for middle class security.” She continues, “Environmental justice is social justice.” McCarthy also says, “We have a moral obligation to act now.”