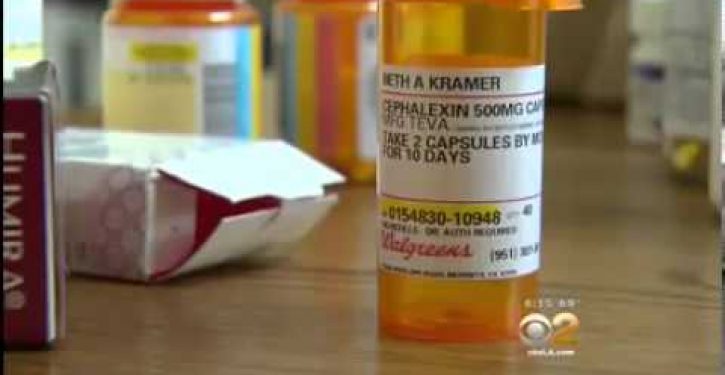 Unlike the lie that Obama told about the circumstances of his mother’s death in order to promote his health care reform law, the story of Beth Kramer is real and it’s tragic. And it’s playing out the way it is because of Obamacare.

“Beth Kramer says she’s running out of options. And out of time,” says the local reporter.

“The disabled mother of two says she’s out of medication for an autoimmune disease, she’s run out of antibiotics for a painful internal infection, and the health plan she’s paid for through the Affordable Care Act keeps sending her to doctors who say they can’t treat her because they won’t take her insurance.”

“I’m out of medication,” says Kramer. “I’m sitting here with an infection and I’m out of antibiotics and the symptoms are coming back. And I have no idea when I can go to a doctor or where.”

Says the reporter, “Kramer signed up for health care under the Affordable Care Act through Covered California, the agency that is coordinating health care coverage between consumers and health insurance companies in California.”

As an ironic footnote, a paltry 11% of uninsured Americans — the people the law was reportedly create to help — have signed up so far.

Bar on political correctness raised to new ridiculous high by reaction to Japanese ad
Next Post
Female teen has sex on school bus, elbows 13-year-old for laughing when she ‘queefs’