Obviously it’s a dumb question to ask, but here goes anyway: Why was a high school class taken on a tour of an active prison? Was it a warning to kids of where they’ll end up if they don’t mind their p’s and q’s?

Santa Fe station KOB has video coverage of a story involving a 16-year-old girl who claims she was groped by an inmate on a field trip to the Metropolitan Detention Center in Bernalillo County, N.M.

The report contains surveillance video, which the news crew admits interestingly shows nothing to support or refute the allegations.

“I think I was right there,” said Tia, as she watched the surveillance tape. “Yeah, that’s me. The ones in the blue are all of us, but the ones in the orange are inmates.”

The security footage was only recently made available. The alleged incident occurred in September. Tia insists she was groped, hit, and verbally assaulted during the tour.

So how does the girl explain that the alleged abuses are not captured in the prison video? She says the group was in a location within the inmate pod that was just beyond the camera’s watchful eye. “I feel like they put you in that area,” she said, “so you can’t be caught on camera for anything.”

Her outraged father, Martin Ridens, maintains that the video is shocking for that very reason. “I just wonder why they have them in areas the camera never hits,” he told reporters, adding, “When the inmates are in the field of view of the camera, they’re going to behave.” He said MDC cameras should have followed the tour group.

Or … the tour group could have been escorted to a museum or some other inmate-free venue. But that would make sense and therefore be anathema to contemporary educational theory. 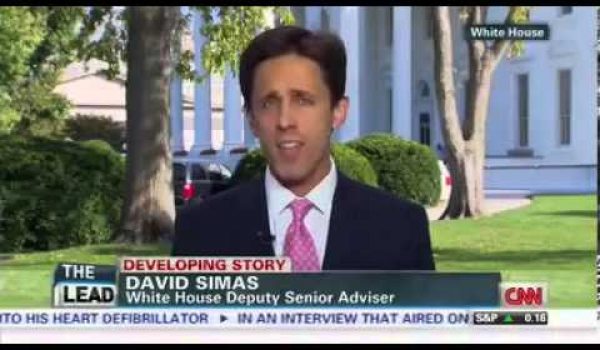 About that Obamacare penalty: The government has no way of enforcing it
Next Post
Female participation in labor force matches 24-year low