Enough with the video entertainment.  Now for the serious treatment.

Well, I certainly turned out to be right about this one.  The effort to harass and overwhelm the Trump campaign with protests is highly organized, and growing.

A handful of take-aways from Friday night’s events, with radical-left protesters getting the Trump event in Chicago cancelled.

First, it’s going to give Trump a boost going into Super-Duper Tuesday.  That will be because it was wrong for the protest organizers to try to shut down the Trump rally – and then to succeed.

The people will be disgusted at being held hostage that way.  And they should be.  Their public institutions foster the protesters’ sense of resentful entitlement, and then stand by and let the lawful assembly of honest working people be shut down.  And that’s shameful.

It appears to me, I should note, that there’s a core of organizers who are motivated by radicalism, and who deploy disruptive tactics.  There are a lot of protesters who don’t want to go to those lengths, and they certainly have a right to protest outside the Trump venues.  This isn’t about them being the problem.

But it’s not about Trump either.  What’s going on with these protester disruptions of Trump events is about the radical protesters with the direct-action tactics, and Trump is just their top target at the moment.

Trump didn’t cause any of that.  But the tool voters have, to fight back against this system stacked against them, is a vote for Trump.  That’s how many of them will see it.

And this has to matter more than anything else: the people have to be able to live without a radical-left mob exercising an institution-backed veto over everything in their lives.

Trump supporters aren’t the only Americans who won’t back down on this.

The pitched confrontation tonight is a watershed.  The atmosphere of this entire campaign has just changed.

It will probably take a few days for [score]Ted Cruz[/score] to adjust to this.  (National Review has now put the anointing oil on him – ironically, the same day [score]Marco Rubio[/score] urged his voters to vote strategically for John Kasich in Ohio.)  We’ve just vaulted beyond talking in a carefully limited way about policy and narrow constitutional principles.  There’s more wrong here than policy and principle-talk can address.

What I heard in the street interviews on Fox tonight was a number of people saying the words most of us would say: that things feel broken and wrong, edging toward crazy, but that the American principles we ought to hold onto are simple.  Both sides of the debate should be able to hold their gatherings and express themselves in peace.  No one seemed able to account for where we need to go with that, however.  No one could think of what to do to put things back in balance.

One thing I see clearly is that Chicago should have made sure the Trump rally could go on as planned.  There’s a limit to what Trump, the Secret Service, and his campaign security staff can do.  When there are hundreds of organized protesters trying to overwhelm an event, it’s up to the city to ensure that the venue remains viable.

And, yes, that’s a matter of priorities, determination, and leadership.  In a crisis, it’s not automatic; it means going above and beyond.  We may feel pretty cynical about the Chicago leadership, and we may be right about them, but the point is still the same.  That’s where the backbone needed to come from.

Sadly, it didn’t.  There’s probably a tough slog ahead for most – maybe all – of the candidates in 2016.  And what we’ll need in the coming days is compelling talk about right and wrong, man and the state, freedom and slavery, hope and despair.  We need a reset on why we believe in liberty, human dignity, and rights, because in too many cases, all we’ve got today is people who can recite a few phrases, but can’t explain them or use them to decide what to do.

If Cruz can help give us that, he will deserve the nomination and our support.  Pat policy answers won’t get it done this year.  If the GOP leadership keeps thinking the bigger-picture stuff is irrelevant, too polarizing, too ethereal, or beyond the voters’ mental capacities, the GOP will go down in flames in 2016. 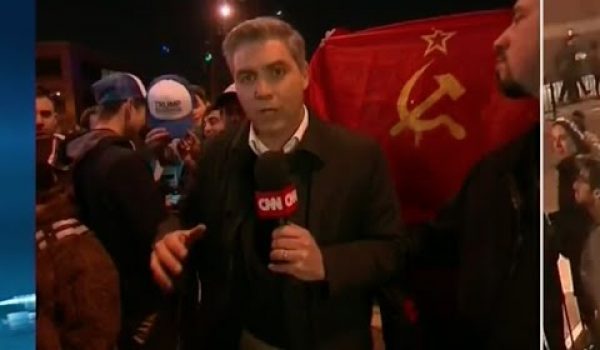